Martin Stevens speaks to Amy Marnane about her summer in Chantilly 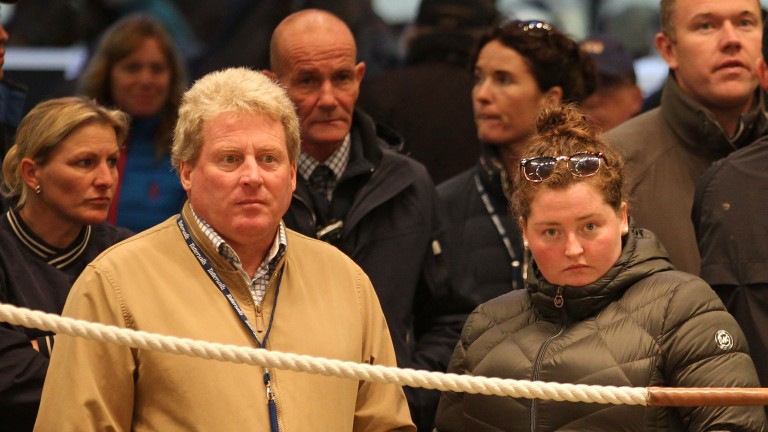 Amy Marnane has headed to France for another summer season helping out with her family's Bansha House Stables horses in training, but she has headed a little further outside Paris than usual this year – the reason being the string, formerly overseen by Matthieu Palussiere in Maisons-Laffitte, has been based since January with Andrew Hollinshead in Chantilly.

Hollinshead, who formerly served as assistant to his late father Reg, had got off to a good start this year by sending out two winners for the Marnanes – the older horses Next Stop Broadway and Royal Gift – before the coronavirus pandemic forced the cancellation of racing.

With racecourse action set to resume in the country on May 11, Marnane is barely able to contain her excitement about sending out the next crop of Bansha House two-year-olds in France. Her enthusiasm is hardly surprising when you consider previous runners trained across the Channel since the enterprise started seven years ago have included stakes winners Real Appeal, Rioticism and the future Group 1-placed sprinter Forever In Dreams.

Most famously of all, Different League carried the family's yellow and black silks to victory over Alpha Centauri in the Albany Stakes, leading to some exuberant celebrations in the Royal Ascot winner's enclosure by Con Marnane, Amy's father who heads up Bansha House Stables in County Tipperary. The daughter of Dabirsim, originally an €8,000 Arqana foal purchase, was subsequently sold to White Birch Farm and Coolmore for 1,500,000gns.

“We've got a seriously nice bunch of two-year-olds again this year and they're just about ready to explode!” says Amy. “The confirmation that racing can restart on May 11 is really good news; it's a huge achievement by France Galop and is so important for the breeze-ups and yearling sales being able to take place, and for the wheel to keep turning.

“We're really looking forward to the new partnership with Andrew and the whole show is a real team effort, from my parents Con and Teresa back at home to all the lads and lasses in the yards: everyone works so hard to make it happen.” 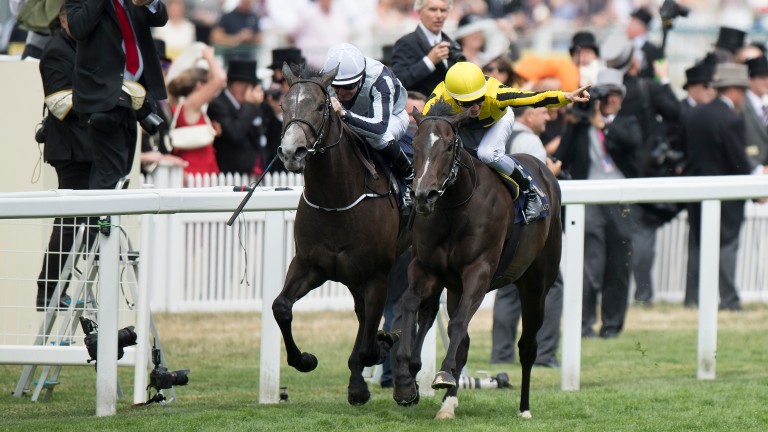 The French-based Bansha House Stables squadron is made up of youngsters bought in France to take advantage of the country's generous premium system for owners, as well as a number of homebreds.

“Con buys the yearlings – or breeds them as is sometimes the case – and they're broken back in Ireland by his very professional team there, before they come to France ready to run,” explains Marnane. “So our job here is to keep them right and get them to the races.”

The Bansha House homebreds this year include eight two-year-olds qualified for French premiums by Biraaj, a home stallion who the Marnanes have used for their own mares in the last four years with little fanfare.

Biraaj, raced in partnership by the Marnanes and Zalim Bifov, is by Iffraaj out of the Nayef mare Annie The Doc, a half-sister to Balladonia – dam of Iffraaj's Group 1-winning and exciting sire son Wootton Bassett. He won three of his six starts at two, his only season to race, including the Listed Prix Zeddaan at Fontainebleau.

“When we got Biraaj, his close relation Wootton Bassett had just got going as a sire but then he got the champion Almanzor in his first crop, so we thought it might be an idea to cover just a few of our own mares with him,” says Marnane.

“I'm glad we did as they're nice horses with great temperaments – big, strong and well built. Some are very forward and should be out early, although a few of the others look as though they should be more late summer prospects.”

Amy consigned Fox Champion to the foal sales herself, and got 75,000gns for the son of Kodiac from JR Bloodstock. She returned to Tattersalls last year to present his Prince Of Lir half-brother and received 260,000gns for him from Alastair Donald on behalf of Fox Champion's owner King Power Racing.

“He's with Richard Hannon, and the reports are that he's going well and should be early, so I'm really looking forward to seeing him,” Marnane says. “All being well their half-brother by Cotai Glory will be going to the yearling sales this autumn.”

Marnane also sold Forever In Dreams' foal half-brother by Caravaggio to Frannie Woods for 250,000gns at the foal sales in Newmarket last November.

“I hope the filly goes on and gets her Group 1 tag,” says Marnane of the daughter of Dream Ahead, initially a €10,000 vendor buyback as a foal but sold to the Phoenix Ladies Syndicate for £430,000 after winning the Cecil Frail Stakes for Aidan Fogarty and the Marnanes, just before her storming run for her new owners at Royal Ascot.

“Her half-brother by Caravaggio was an exceptional model, with real deep girth and just a great mover.”

Dora De Green recently produced a Dandy Man colt foal and she is going to star sprinter Blue Point next.

“There's no secret as to what we're trying to do with that mating,” Marnane laughs. “We want a Royal Ascot winner!”

Indeed, now that racing is back on the horizon in France, she is already anticipating the royal meeting in one form or another.

“It's the pinnacle of the racing calendar and like Christmas week for the Marnanes,” she says, and no wonder when you consider the exploits of Different League and Forever In Dreams, along with successes at the meeting for other horses the family has sold such as Dandy Boy, Fleeting Spirit and Prince Of Lir.

Bansha House Stables has long been one of the leading lights of the breeze-up business with King Con, as he is affectionately known in the industry, having had the likes of Amadeus Wolf, Palace Episode, Rio De La Plata, Robin Of Navan and Sands Of Mali pass through his hands.

The operation has served a timely reminder of its success with a slick new video on social media showcasing its graduates to a soundtrack that sounds like it's been lifted from a Hollywood blockbuster.

“Times have changed during this global pandemic, and a lot more is going to have to be done online, so we decided we'd have to up the digital marketing,” says Amy Marnane. “Claire Goodwillie has always done work for us and we've asked her to step it up a notch now.

“With the video we wanted to give people goosebumps and make them excited for who the next great Bansha House graduate will be. We're going to try to do more videos throughout the season – hopefully they catch people's attention. It's good to mix things up every now and again.”

After another summer of helping to oversee the French-based Bansha bullets and hopefully selling a few for a profit, Marnane will return home to Ireland at the end of August to resume her consignment business.

It's a hectic schedule, but she doesn't mind putting in the hard work. In her own words, “for my parents and me this is more like having a hobby than doing a job.”

FIRST PUBLISHED 5:52PM, APR 27 2020
All being well Fox Champion's half-brother by Cotai Glory will be going to the yearling sales this autumn