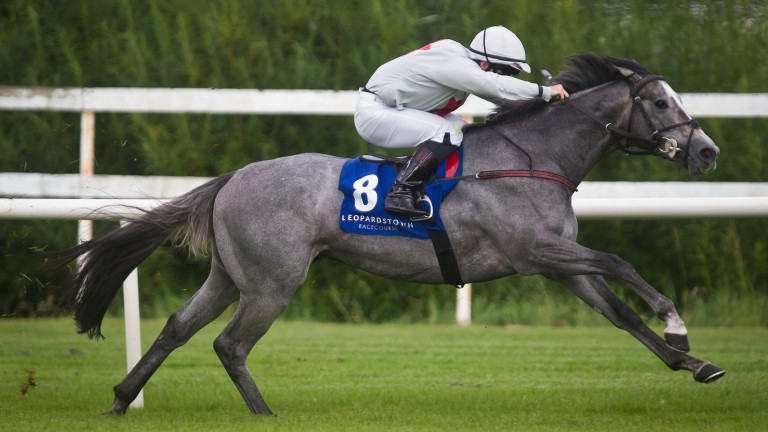 Vert De Grece: a son of Verglas, who fared well when he shuttled to Western Australia
Patrick McCann
1 of 1
By Martin Stevens 1:05AM, MAR 29 2017

Vert De Grece, sent out by Roger Varian to take the Group 1 Criterium International at Saint-Cloud in 2014, has been snapped up to start his stallion career at Geisel Park Stud in Western Australia.

The five-year-old is by the late Irish National Stud resident Verglas, who enjoyed success in his shuttle trips to Western Australia.

Verglas' French-based stallion sons Silver Frost and Stormy River have fared well with their early progeny, while another son Glass Harmonium, bred by Ballymacoll Stud in Ireland, won the Mackinnon Stakes at the top level in Australia and stands at Blue Gum Farm in Victoria.

Vert De Grece was originally trained by Joseph Murphy, for whom he finished second to Gleneagles in the Futurity Stakes.

He was subsequently sold to a Hong Kong owner in a big-money deal and transferred to Varian, who saddled him to win the Criterium International by four lengths.

Vert De Grece missed his Classic season due to injury and was sentto be trained by Caspar Fownes in Hong Kong, where he was renamed The Monarch, but a bowed tendon curtailed his career to just two runs.

Perth bloodstock agent John Chalmers sourced Vert De Grece for Geisel Park Stud and he said: “I brought Verglas to Western Australia for the 2003 and 2004 seasons and he built up a 60 per cent strike-rate with stakes winners like Spirited One, Ma Chienne, Grey Monarch, Bites The Dust, Royal Devotion, Sheenasaidgrey, Verossi and the Singapore champion Captain Obvious.

“He descends from the Grey Sovereign line that has given Western Australia outstanding sires Beau Sovereign, Metal Storm, Tribu, Cheraw and Kenvain.”