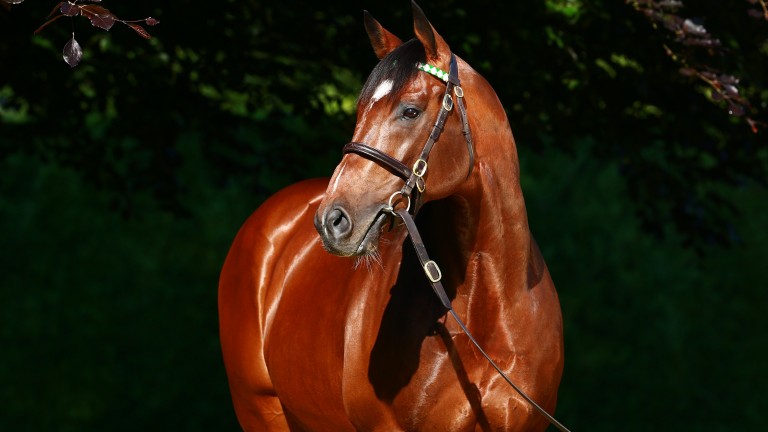 Frankel: the phenomenon has a fourth brother at stud
Asuncion Pineyrua
1 of 1
By Martin Stevens 5:12PM, FEB 8 2017

Mickley Stud in Shropshire can lay claim to having the best-bred new stallion in Britain this year as it has acquired Proconsul, a brother to the legendary Frankel and fellow Group 1 winner Noble Mission.

The four-year-old son of Galileo was purchased from his breeder Juddmonte Farms in a deal brokered by Huntingdon/Norris and will stand alongside Captain Gerrard, Heeraat and Yorgunnabelucky at a debut fee of £3,500.

“We’re delighted to be standing Proconsul at Mickley Stud and we look forward to welcoming breeders to see him," said Mickley Stud owner Richard Kent. "He’s a fine-looking colt and obviously his pedigree speaks for itself.

“It’s always been a pleasure doing business with Juddmonte and it is encouraging that they have retained a number of breeding rights in Proconsul.

"We bought Multiplex from Juddmonte eight years ago and he has been a grand servant to Mickley Stud and to our many clients. It was sad to say goodbye to him this week as he left us for stud in Bahrain but we’re sure that Proconsul will prove to be a worthy replacement.”

Proconsul - who ran twice for Andre Fabre in France without reaching the frame - is the fifth son of his Listed-winning dam Kind to stand as a stallion.

Frankel needs no introduction as his first crop of two-year-olds were the subject of intense scrutiny last year. Noble Mission stands at Lane's End Stud in Kentucky, while their three-parts brother Bullet Train plies his trade at Crestwood Farm in Kentucky.

FIRST PUBLISHED 5:12PM, FEB 8 2017
It’s always been a pleasure doing business with Juddmonte and it is encouraging that they have retained a number of breeding rights in Proconsul