Frankel to cover US champion Untapable

Daughter of Tapit retires with nine wins to her name 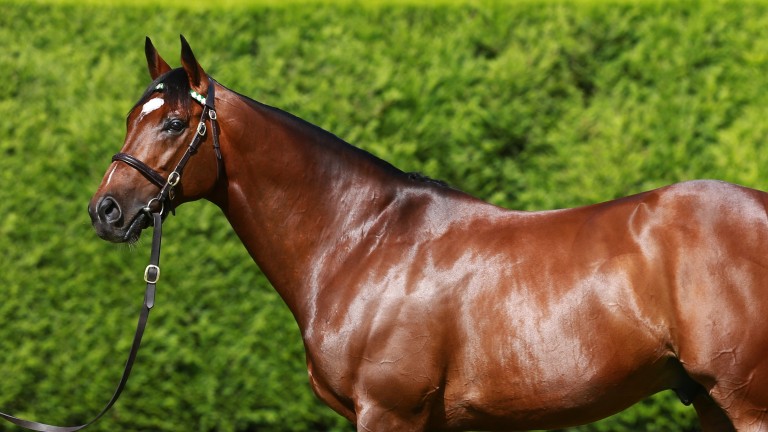 Not long after Prince Harry's relationship with Meghan Markle was confirmed, there is another romance brewing between a Brit with regal bloodlines and a glamorous star from America.

Frankel is set to welcome Untapable to Banstead Manor Stud in Newmarket next year for the US champion racemare's first cover.

Untapable, a five-year-old daughter of Tapit, won the Pocahontas Stakes at two and dazzled at three, when she landed the Kentucky Oaks by four and a half lengths and the Mother Goose Stakes by nine and a quarter lengths, as well as the Cotillion Stakes and Breeders' Cup Distaff.

She retires with a record of nine wins and seven other podium finishes from 20 starts and prize-money of nearly $4 million.

Winchell Thoroughbreds - which raced Untapable and bred her out of the Grade 2-winning Prized mare Fun House, also the dam of Secretariat Stakes winner Paddy O'Prado - have put the mare in quarantine in preparation for travelling to Britain next month.

She will likely be boarded at the National Stud in Newmarket and remain in Europe for two seasons, possibly being covered by Frankel again in 2018.

David Fiske, manager of Winchell Thoroughbreds, told Daily Racing Form: "[Ron Winchell's] concern was that the foal will probably be a turf horse and that's not our thing.

"But if it's pretty, it'll be valuable, and that is our thing."

Frankel has impressed with his first crop of two-year-olds in 2016 with 18 winners worldwide including Group scorers Queen Kindly, Fair Eva, Frankuus, Mi Suerte and Toulifaut.

Untapable will by no means be the first top-class American racemare to visit Frankel; in his first book he covered Grade 1 winners Alwajeeha, Balance, Eden's Moon, Icon Project and In Lingerie.

FIRST PUBLISHED 10:36AM, NOV 29 2016
She will likely be boarded at the National Stud in Newmarket and remain in Europe for two seasons