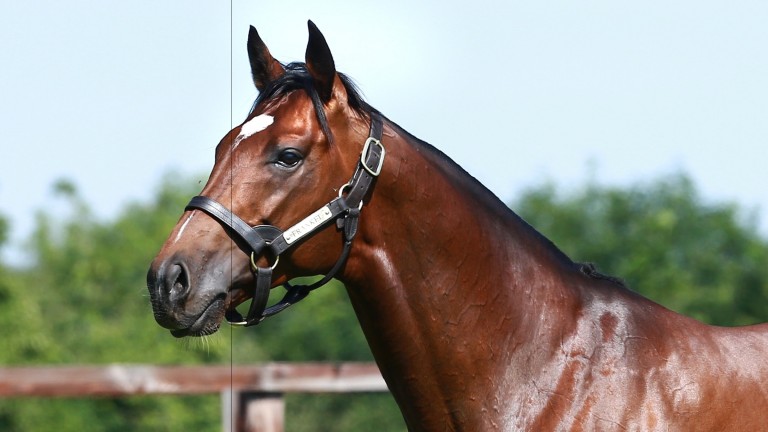 Khalid Abdullah's Juddmonte Farms operation has released 2017 covering fees for its stallions at Banstead Manor Stud, a roster headed by the mighty Frankel, whose fee remains unchanged at £125,000.

The dual world champion and ten-time Group 1-winning son of Galileo has made a blistering start with his first crop of runners, having already supplied five Group winners, including Queen Kindly, Fair Eva and Toulifaut, as well as 18 individual winners worldwide.

On the back of his on-course successes his sons and daughters have proved extremely popular in the sales ring, with three of the top-ten prices at Book 1 of the Tattersalls October Yearling Sale being achieved by Frankel colts.

Having retired to stud in 2013, next year will be the fifth consecutive breeding season that Frankel has stood at £125,000.

Also remaining unchanged is four-time Group 1 winner Kingman, who will stand his third covering season at Banstead Manor at £55,000. His first offspring were on the ground earlier in 2016 and will come up for auction for the first time at the upcoming foal sales.

Dansili, a son of Danehill and blue hen Hasili who has sired the likes of Harbinger, The Fugue and Zoffany among a lengthy list of talented sons and daughters, has had his fee reduced to £65,000 (from £85,000).

Oasis Dream, a 16-year-old son of Green Desert who has supplied the likes of champion sprinter Muhaarar, Midday and promising sire son Power, has had his fee moved down from £75,000 to £50,000.

First-season sire Bated Breath, who has made a good start with his first crop of two-year-olds - including siring a trio of Group performers in Al Johrah, Take A Deep Breath and Unabated, has had his fee reduced to £8,000.

On the announcement stud director Simon Mockridge commented: "Few horses have made such a global impact as Frankel. His sublime racing career, physique and pedigree provided the catalyst for the outstanding worldwide support he received since retirement."

Commenting on Oasis Dream's significant fee reduction, he added: "[He] continues to be one of the most consistent sources of speed, of black-type winners and of Group winners at the highest level.

"Both he and Dansili feature prominently on the all-time leading sires lists, with over 215 stakes winners and 35 Group/Grade 1 winners between them. Their fees for 2017 will offer breeders a more affordable opportunity of supporting two of the most accomplished and influential stallions in the stud book.

FIRST PUBLISHED 3:22PM, NOV 11 2016
Fees for Dansili and Oasis Dream will offer breeders a more affordable opportunity of supporting two of the most accomplished and influential stallions in the stud book