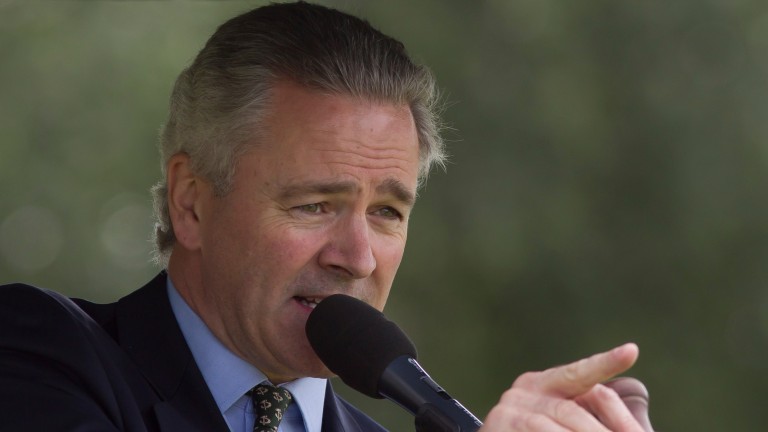 Henry Beeby's hope for the sale is not just to promote Goffs but to showcase British racing
Patrick McCann
1 of 1
By Chris McGrath 6:56PM, MAY 15 2017

The Goffs London Sale was set up four years ago in the hope of achieving a unique glamour from its date and setting: namely, the eve of Royal Ascot and the Orangery of Kensington Palace. On that occasion, it found due stardust from the first Frankel foal ever offered at public auction, sold with his dam for £1.15 million. While that price by no means foreshadowed the overall market reception for the champion’s first crop, there is no mistaking the kudos he has since achieved - and yesterday Goffs expressed corresponding delight in naming their first lot for this year’s sale, on June 19, as another foal by Frankel.

The filly is out of Millevini, a nine-year-old half-sister to St Leger winner Kingston Hill. The dam, by Hawk Wing, will again be offered in a job lot - with the bonus of a foal by Kingman in utero.

The filly is consigned by Heatherwold Stud, Burghclere. "One gets used to hearing the normal platitudes from vendors, but I think this filly speaks for herself," said agent Jeremy Brummitt, on the vendor's behalf. "I can't imagine anyone who sees her will be disappointed."

Goffs chief executive Henry Beeby was rubbing his hands. "She's a cracking filly, with a really strong walk, everything's in place," he said. "Frankel fever is a global phenomenon at the moment and we are delighted to bring it back to London this year following the massive interest at our first London Sale.

"One of our goals this year is to add a small selection of elite breeding stock to our superb catalogue of top class horses in training and this mare and filly foal absolutely fulfil that criteria. We are working on others to complement them alongside an exciting array of form horses, many of which will have Royal Ascot entries."

Beeby stressed that the sale, which has the support not only of Qipco but also of a variety of commercial partners promoting luxury labels, is designed to showcase the whole sport. "You've got the whole world converging on London on the eve of Ascot, and this is becoming something of an unofficial curtain-raiser to the week," he reasoned. "We hope that people who come to the sale, even if they don't bid or buy on the night, will be bitten by the bug. It's not just a case of growing our own brand - though we certainly hope to do that, and have had people asking about our other sales who might never otherwise have come to our base in Ireland. It's also about the industry coming together and reaching a wider audience."

Brummitt agreed, saying: "It's exciting to support the brave initiative of the London Sale. I think the sale is very important for the profile of British and Irish breeding and one which we should all support."