Latest newcomer by the world champion to represent Al Shaqab 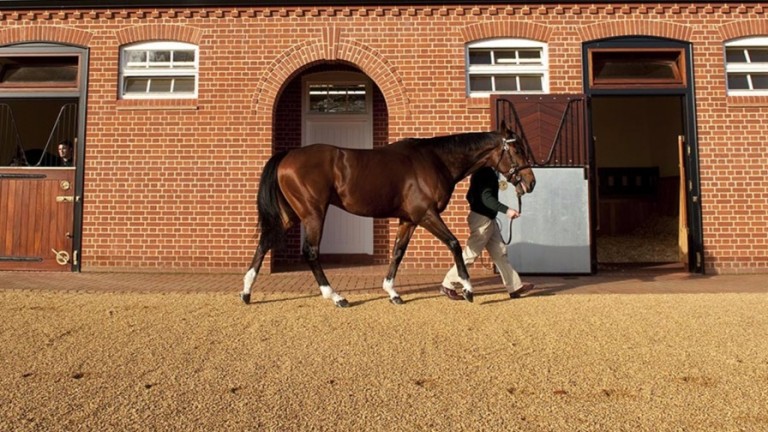 It might now be full steam ahead for the jumps, the British and Irish turf Flat seasons having sailed into the sunset, but there are still some well-bred newcomers on the horizon if you look hard enough.

For example, in a 1m2f juvenile maiden at Saint-Cloud on Friday (1.30pm local time or 12.30pm GMT) we are set to be treated to the debut of an extremely well-bred colt from the second crop of Frankel.

Rabdan, trained by Andre Fabre for Al Shaqab Racing, is out of Shotgun Gulch, a daughter of Thunder Gulch who won the Grade 1 Vinery Madison Stakes at Keeneland in 2011 for breeder, owner and trainer CR Trout.

Mandore International bought Shotgun Gulch, who also ran third in the Grade 1 La Brea Stakes, on behalf of Al Shaqab for $1.6 million at the Keeneland November Breeding-Stock Sale in 2012.

Rabdan is the third foal bred by Al Shaqab from Shotgun Gulch, with the dam having already produced the dual winner Al Tibr to New Approach. The mare also has a yearling colt by Toronado.

Rabdan's unraced rivals at Saint-Cloud include Roadrunner, a half-brother to German Group 2 winner Runaway by flying first-season sire Dabirsim trained by Markus Figge, and Inazuma, a Camelot colt out of Pisa No Tiffany, a Fusaichi Pegasus half-sister to Tapit, to be saddled by Satoshi Kobayashi.

View the racecard (on France Galop)