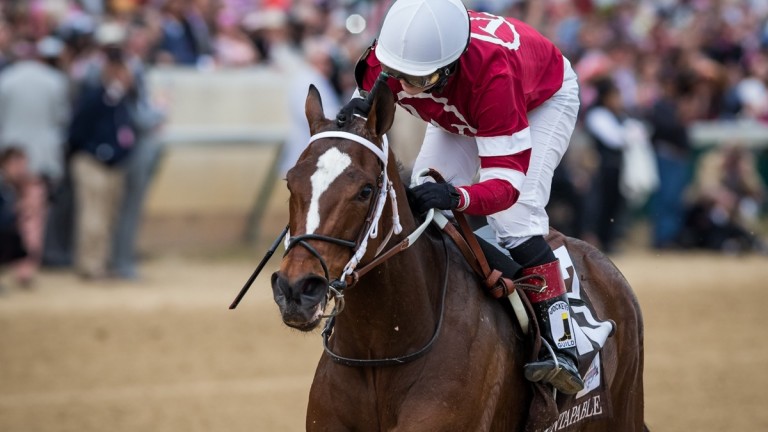 Hey, look what Eclipse Award winner #UNTAPABLE found in her stall this morning. It looks just like a chestnut #FRANKEL colt. #2020BCJT pic.twitter.com/5hOza56sCM

A daughter of Tapit, who Winchell Thoroughbreds campaigned and retain an interest in as he stands at Kentucky's Gainesway, Untapable was trained by Steve Asmussen to win nine races.

Untapable excelled as a three-year-old winning the Kentucky Oaks, Mother Goose Stakes, Cotillion Stakes and the Breeders' Cup Distaff. Her fifth and final victory at the highest level came when she landed the Apple Blossom Handicap at four.

Daily Racing Form report that the seven-year-old will remain in Britain to be covered by the Banstead Manor Stud's superstar resident Frankel once again this year.

Five years on: how Frankel settled into his stallion career

Frankel my dear, I do give a damn!