Superstar sires represented in entries for auction in Deauville in May 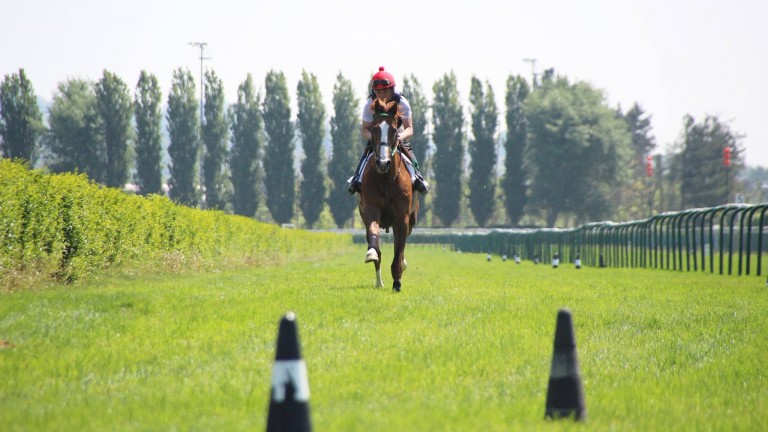 The Arqana Breeze-up lots will be put through their paces on the Deauville turf
Arqana
1 of 1
By Martin Stevens UPDATED 1:32PM, MAR 30 2018

This year's Arqana Breeze-up Sale, held in Deauville on May 11 and 12, will feature one of only two lots by Frankel to be offered at an auction of this type in Europe in 2018, as well as six two-year-olds from the final crop of the sensational Scat Daddy.

That Frankel two-year-old is a half-brother to Grade 1 Garden City Stakes heroine Backseat Rhythm, to be offered by Ecurie La Frenee.

Other prominent North American sires with progeny on offer in Deauville in May include Distorted Humor, Elusive Quality, Into Mischief, More Than Ready and Uncle Mo.

Le Brivido is one of the most high-profile recent graduates of the Arqana Breeze-up Sale, having finished a close second in the Poule d'Essai des Poulains and landed the Jersey Stakes last year.

The €105,000 purchase by Ted Voute from vendor Longways Stables is a son of the red-hot Siyouni, sire of exciting three-year-olds Laurens and Sacred Life and on the mark with recent cross-hemisphere stakes winners Aylmerton and Sully.

There are a bumper 18 lots by Siyouni in the catalogue and the pick – on paper at least – include the colt out of Group 2 Prix Corrida winner Grace Lady from Mocklershill and a son of Irish Oaks third Lady's Secret to be sent up by Malcolm Bastard.

Last year's breakthrough freshman sire Dabirsim has the second largest representation in the Arqana catalogue after Siyouni, with 11 entered.

The Arqana breeze-up lots will be put through their paces on the Deauville turf on Friday, May 11, from 11.30am local time, and are due to go under the hammer the following day at the company's sale complex adjacent to the racecourse at 1pm. On the Sunday the French Guineas are set to be run at the refurbished Paris Longchamp.

The top lot was the Street Sense colt Walk In The Sun, bought by Phoenix Thoroughbreds for €1.4 million and now unbeaten in two starts for Jeremy Noseda.

FIRST PUBLISHED 4:52PM, MAR 28 2018
Last year's sale was a tremendously buoyant affair, with the average and turnover both up by around a quarter