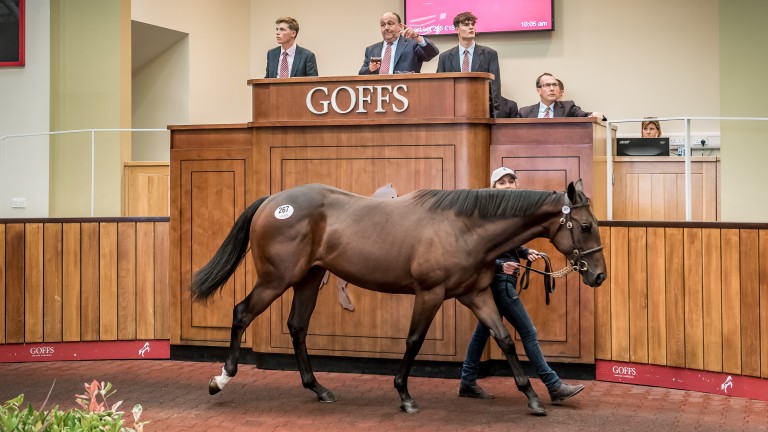 An 89 per cent clearance rate at the Goffs UK Premier Yearling Sale and a figure of 82 per cent for the company's less select Silver fixture made for comforting reading.

But as ever with end of sale statistics, the devil is in the detail, and upon closer inspection some familiar issues with supply and demand become apparent.

In 2017, when this season's yearlings were born, the foal crop in Britain and Ireland grew for the fifth consecutive year to 14,468 – up three per cent from 2016.

Consequently there will be more yearlings coming on the market again in the coming weeks. But the last two sales seasons demonstrated that, even if there will always be fevered competition for the most in-demand lots, agents and trainers – as well as traders – do not have enough orders to keep pace with the increased supply.

So it was again at Doncaster last week. Over three days of selling at the Premier and Silver sessions, 639 yearlings came under the hammer – 59 more than in 2017. Some 556 of those found new homes, but that was only 46 more than did so last year.

Despite the increase in the number of lots changing hands, the total expenditure on yearlings at Goffs UK of £20,451,900 was £727,350 down on last year. Hence, with less money spread around more yearlings, the average and median were down (albeit not drastically so) on last year's Premier and Silver figures.

The clearance rate plummeted at Friday's BBAG Yearling Sale in Baden-Baden from 71 per cent in 2017 to 63 per cent, which looks alarming, but that may have more to do with a collapse in the domestic market in Germany and the frustrating culture of many of the country's vendors – often owner-breeders themselves – putting their horses on the market and routinely buying them back.

Returning to the domestic scene, the problem of demand failing to keep up with supply is not unique to Doncaster and is likely to be a theme of the yearling sales season – especially when pinhookers might be reluctant to restock after a tough round of breeze-ups.

Tattersalls, for example, has catalogued 80 more yearlings over Books 1 to 4 of the October Sale than in 2017. Not a huge difference, granted, but enough to make breeders and vendors brace themselves for some stickier times ahead. 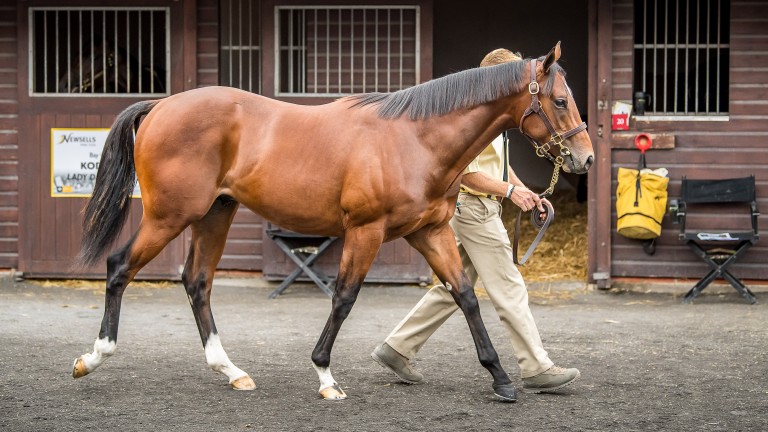 Gleneagles was the first-crop yearling stallion buyers latched on to at Doncaster last week. The champion two-year-old and dual 2,000 Guineas hero was the overall leading sire by average in the Premier session, with four sold for a return of £165,500.

His draft included the half-brother to Listed winner Al Malhouf consigned by Newsells Park Stud who was the talk of the sales ground and duly smashed the Goffs UK yearling price record when knocked down to Sackville Donald for £380,000.

Two others made six-figure sums – a filly out of the Oasis Dream mare Sugar Mill sold to Creighton Schwartz Bloodstock on behalf of John Dance for £140,000 and a colt out of the Raven's Pass mare Snowfields who went the way of Cormac McCormack for £100,000.

At the end of the week, a well-bred Gleneagles colt was sold in Baden-Baden to Peter and Ross Doyle acting for Norwegian trainer Wido Neuroth for €150,000. Two others by the sire at the BBAG sale were unsold at €120,000 and €95,000 – eyecatchingly high prices even though they returned home to their vendor.

Gleneagles' yearling average in Europe this season stands at 152,692gns for 13 sold; not bad considering his debut crop were conceived at an advertised fee of €60,000 and that there are many more well-bred youngsters by him to sell – including a half-sister to Saturday's impressive Curragh maiden winner Sydney Opera House (and to Melbourne Cup victor Rekindling) on offer at Book 1.

Better times ahead for sire of Dark Vision

Another former champion two-year-old who appears to be back in favour with buyers is Dream Ahead, and rightly so as the son of Diktat is responsible for this season's brilliant Vintage Stakes winner Dark Vision and Hungerford and Supreme Stakes runner-up Dream Of Dreams. Two-year-old daughter Glass Slippers was the cosy winner of a valuable conditions race at Chester on Saturday, too.

Dream Ahead's yearling average fell to 23,743gns for 60 lots sold in Europe throughout 2017 after his transfer from Ballylinch Stud to Haras de Grandcamp. However, with four sold so far in 2018, his yearling average is almost exactly double that – a far more appropriate 47,500gns.

Two by Dream Ahead changed hands at the Goffs UK Premier Sale – a half-brother to Listed winner Thanksfortellingme knocked down to Shadwell for £115,000 and a filly out of the classy Invincible Spirit mare Spirit Of Cuba sold to Marcus Tregoning for £60,000.

Vendors of other Dream Ahead yearlings this season can now feel rather more confident than they did at the start of the year.

Sire's daughters are exceeding and excelling for Coolmore

Throughout Godolphin's self-imposed embargo of Coolmore sires and their stock, Coolmore were a little less colour blind about which shade of blue was carried by certain stallions they coveted.

One on the Darley roster who you suspect the Irish operation has held a more sneaking regard for than others is Exceed And Excel, and it is easy to see why – he is, after all, a son of the dominant Danehill who produces sharp two-year-olds and classy sprinters and milers, and is equally effective either side of the equator and now developing into a useful sire of sires.

Coolmore have bought a number of Exceed And Excel yearlings at auction, including Tattersalls Million 3yo Sprint third The Warrior for 600,000gns in 2013 and the promising two-year-old Extreme Force for 230,000gns last year.

It also bought Exceed And Excel's high-class son Excelebration as a stallion prospect, sending him to Aidan O'Brien who prepared him to win the Prix Jacques le Marois and Queen Elizabeth II Stakes in Derrick Smith's silks.

The sire's Nunthorpe-winning daughter Margot Did was also acquired privately as a concubine for Galileo, while another mare, Believe'N'Succeed, was bought at auction in Australia for A$1.1 million in 2014 after producing New Zealand Group 1 sprint scorer Bounding.

Coolmore have been vindicated in tapping into Exceed And Excel, as he is damsire of the two best juvenile talents Ballydoyle have unleashed this season: recent Futurity Stakes winner Anthony Van Dyck, who is by Galileo out of Believe'N'Succeed, and Ten Sovereigns, who zoomed to the head of betting lists for the 2,000 Guineas with an easy victory in the Round Tower Stakes on Saturday.

Ten Sovereigns was bred in partnership by Camas Park Stud and Coolmore entity Lynch Bages from No Nay Never, and he is out of the Listed-placed Seeking Solace, a 65,000gns purchase from the Darley draft at the Tattersalls July Sale in 2011.

Exceed And Excel has actually posted three two-year-old stakes winners as damsire in the past ten days, as his King Power Racing-owned maternal grandson Well Done Fox – by Acclamation – scored in the Listed Roses Stakes at York.

His daughters heading to the breeding-stock sales this winter might just have significantly risen in value.

FIRST PUBLISHED 6:00PM, SEP 2 2018
The problem of demand failing to keep up with supply is not unique to Doncaster and is likely to be a theme of the yearling sales season