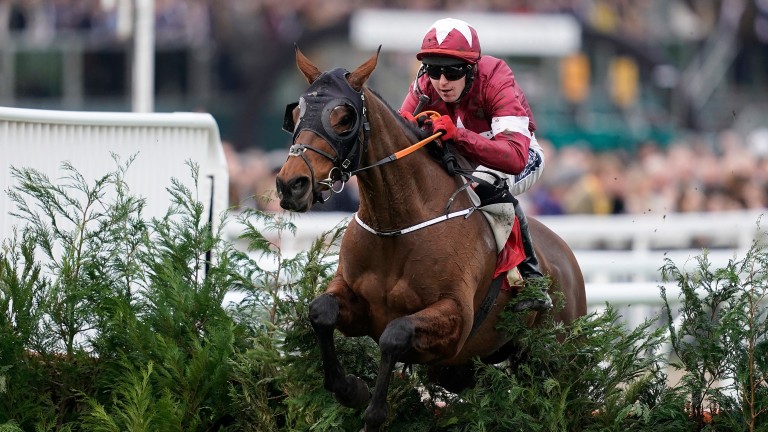 Tiger Roll has established himself in National Hunt folklore as the pint-size terrier with an infinite capacity to surprise and it is an asset which has even filtered down to the agent who bought him.

Mags O’Toole, who works closely with Michael and Eddie O’Leary’s Gigginstown operation, acquired the equine polymath for what now seems an absolute steal at £80,000 as a three-year-old at Cheltenham in December 2013.

A son of Authorized, he had originally been bought for 70,000gns as a foal destined for a career on the Flat with Godolphin but had ended up juvenile hurdling with Nigel Hawke, scoring on his debut at Market Rasen three days before that sale.

"An ex-Flat horse who had only had one run wouldn’t really be the sort of thing Gigginstown would be looking for but it was a year when they didn’t have a three-year-old hurdler/Triumph Hurdle horse and that’s why he fell into the basket," O'Toole explained.

"Eddie decides everything and does a brilliant job, you just go to a sale and see if there’s something you like.

"He also wasn’t the typical Gigginstown horse in that he’s a small horse, as has been very well documented, but he’d won his only start, he jumped very well and had no mileage on the clock.

"Although he wasn’t huge he was a very good-looking horse with a great action, and that’s the sort of thing that Eddie would always head for."

O’Toole’s transaction followed that particular brief to the letter as, after running second in a Leopardstown Grade 1 on his introduction for Gordon Elliott, he swept the Triumph Hurdle up that March.

Adding on three more Cheltenham Festival wins and a certain event at Aintree, Tiger Roll’s contribution is now more than £860,000.

"We never thought at the time 'why don’t we buy him, he could be a National horse one day'," O’Toole said, with permissible conviction.

"Hindsight is a very precise science isn’t it? He’s looked after everybody all his life, that little horse. Nigel Hawke bought him for £10,000 and took 80 for him that night, and that’s a pretty fair return for any horse. And we bought him for 80 and when he won a Triumph Hurdle, we thought he had repaid us ten times over doing that, not knowing we were only starting out with him." 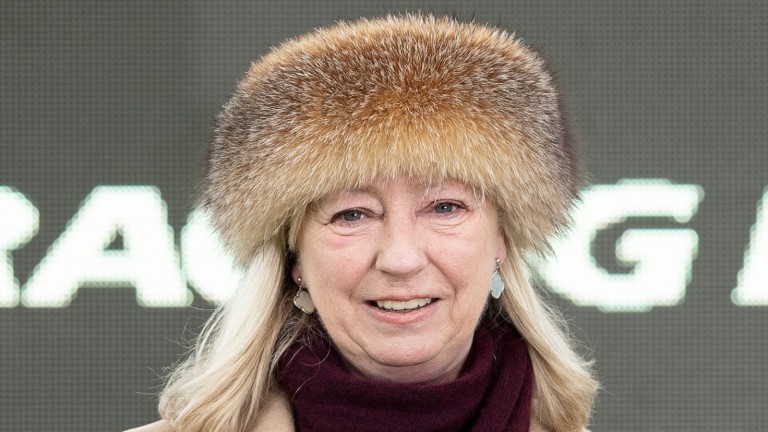 Mags O'Toole is an important part of Gigginstown's buying operation
Edward Whitaker
The exact finances to those at the top end of the jumps are largely immaterial and Tiger Roll’s contribution spreads much further.

He must now be the most popular character from the hundreds that both Gigginstown and Elliott have dealt with, with his 22-length virtuoso performance in Wednesday’s Glenfarclas Cross Country Chase only enhancing his reputation further.

It was, unusually, the sole victory of the 2019 meeting in the maroon livery with ten others making the frame.

Although the agent’s job has long been done, she too remains an ardent admirer.

"I adore him, how could you not?" O’Toole said. "He’s a feisty little fellow, I wouldn’t be around the yard much but he lets you know when he’s in good humour or not good humour because he’d kick out or he’d put his ears back. That’s always a good sign and means he’s on song.

"There’s a good bit of fight in that horse, as you could well see at Aintree.

"He was like a motorbike going around Cheltenham. You wouldn’t know what race he could have run in but they like to stick with where he might win and last year [the cross-country] brought new life into him.