Tony Morris recounts the early history of the auction house 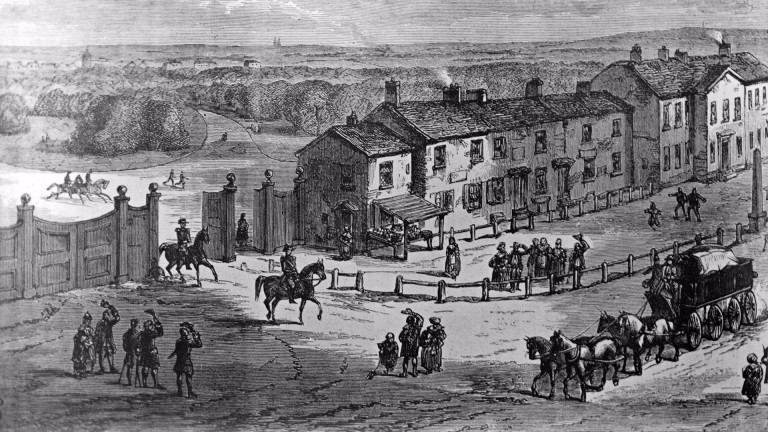 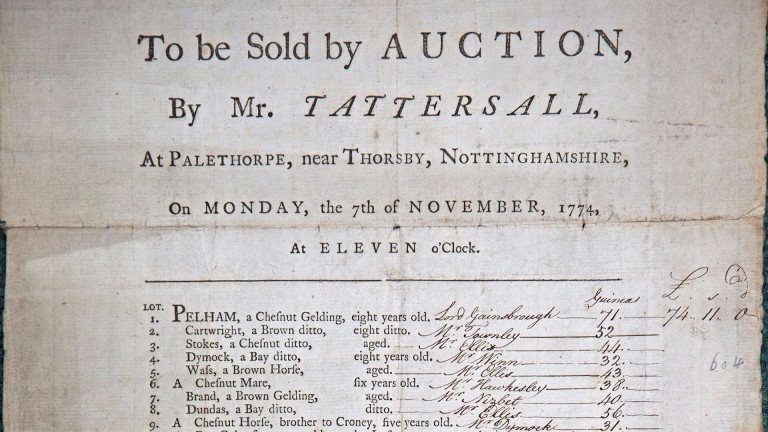 Richard Tattersall, second son of a well-to-do Lancashire farmer and estate owner, was sent to seek his fortune in London in his early 20s. It was said that his father packed him off with £200 and instructions to make it last as long as possible.

It seems unlikely that the old man would have worried about his resourceful, horse-mad son’s venture to the capital. Anything but a country bumpkin, Richard was a personable, well-mannered young man, and while he lacked influential connections in the big city, he would surely find some.

Letters home provided further reassurance. Richard told how he had attended the regular horse sales at Hyde Park Corner and was keen to enter that business. He also revealed that he and a friend, having heard that a Scottish nobleman intended to sell his stud, pooled their resources, journeyed to Scotland to clinch the deal, and realised a handsome profit when they re-sold the horses at York and in London.

Richard was initially employed at Beevor’s Horse Repository in St Martin’s Lane, where he learned some of the tricks of the horse-coper’s trade, but at the same time he was at pains to make himself known to the nobility and gentry with whom he planned to do business in future. Impressing in those circles for his diligence and integrity, he was always going to obtain a more lucrative position, and that came when he was appointed stud manager to the Duke of Kingston.

In 1756 Richard married Catherine Somerville, a granddaughter of the 12th Earl of Somerville, which further advanced his place in society, and two years later their first son, Edmund, was born. The ambition to set up his own auction company remained as fervent as ever, but he was in no hurry. He needed to find the right location and that did not occur until 1766, when he obtained a 99-year lease on land owned by Lord Grosvenor close to Hyde Park Corner.

By delaying his entry into the business, Richard missed the chance to conduct the consequential auction of the Duke of Cumberland’s stud, which took place on December 23, 1765, and featured the sales of the stallion Marske for 26gns and his yearling son Eclipse for 45gns. But that job was probably always going to fall to the long-established John Pond, who combined the role of auctioneer with compilation of the annual Sporting Kalendar and whose expertise in Turf matters was renowned.

Pond was unquestionably Richard’s main rival in the quest for auction business when the firm of Tattersalls was founded, but he died in 1768 and thereafter the newcomer thrived. Sales at the Corner took place only twice a week and Richard spent the intervening days attempting to enlarge his clientele and – crucially – increasing his knowledge of Turf affairs. Meanwhile there was still profit to be made from the sale of hounds, hacks and hunters.

One early commission which advanced Richard’s standing in the business came in 1773, when he conducted the auction which disposed of the stock owned by his late employer, the Duke of Kingston. The sale attracted more than usual attention because of one of the great scandals of the Georgian era. The Duke bequeathed his entire estate to the woman he had married only four years earlier, the former Elizabeth Chudleigh.

That lady, a one-time maid of honour to the Princess of Wales, renowned for her beauty, neglected to become divorced from Augustus John Hervey, subsequently Earl of Bristol, before she contracted the second marriage. When the truth came out she was tried for bigamy in the House of Lords, whose decision relegated her from duchess to countess. But the peers imposed no further punishment on Elizabeth, who presumably scooped the proceeds – less Richard’s commission – when the Kingston stud went under the hammer.

That sale and the attendant publicity had the effect of bringing Richard more custom, but it was not his expertise and flair as an auctioneer that most served to bring him great wealth, status, and perhaps even notoriety. That came about because of one horse, a colt bred in 1774 by Sir Charles Bunbury and sold as a foal to the 3rd Viscount Bolingbroke, who raced and wagered on an extensive scale. That colt, an impeccably bred son of the champion sire Herod, was called Highflyer, and he was destined to achieve fame on the Turf matched only by Eclipse among runners of the 18th century.

Highflyer won his only race as a three-year-old and remained unbeaten as he racked up five more wins at four, acquiring an aura of invincibility. He was being prepared for a third season in action when Bolingbroke surprisingly announced that he was for sale and that £2,500 would buy him. That could only have been because he no longer represented a betting proposition; Bolingbroke cared less about earning prize-money than winning wagers, and Highflyer was always going to start at long odds-on.

Richard Tattersall, the former ignoramus where Turf matters were concerned, had finally acquired some nous about the business. He was not interested in betting, and the prize-money that Highflyer might earn as a five-year-old seemed unlikely to recover the purchase price, but what might he earn as a stallion, particularly if he were to remain unbeaten? That made him less of a gamble, more a sound investment.

Sure enough, Highflyer’s third season confirmed his supremacy and he retired unbeaten in 12 races. Richard put him to stud in 1780 at the seemingly modest fee of 15gns, and unsurprisingly was inundated with applications for his services. He was also canny enough to reckon that the horse would prove an ideal match for mares by Eclipse and set about collecting a number of those for himself.

Highflyer’s fee never rose above 50gns and that price ruled for only one year after he had already headed the sires’ list on seven occasions. But what Richard did was give the horse books larger than any horse had ever covered before; in five seasons he had more than 40 foals, in one the tally exceeded 50. There were years when his owner was collecting four-figure sums in nomination fees. The horse would eventually reign as champion 13 times, a feat unequalled until Sadler’s Wells came along.

Highflyer changed Richard’s life, paying for the construction of a stately mansion, which he called Highflyer Hall. After the horse’s death, on October 18, 1793, he was buried in the grounds and a gravestone erected on the site carried the inscription: ‘Here lieth the perfect and beautiful symmetry of the much lamented Highflyer, by whom and his wonderful offspring the celebrated Tattersall acquired a noble fortune, but was not ashamed to acknowledge it.’

Like most men successful in business, Richard attracted enemies, and some hastened into print to vilify him on his death in 1795. But those so quick to condemn him were not to know that he left a legacy in a company that would famously endure and thrive through two and a half centuries.

If it was a fault to be a conspicuous lover of money, he was guilty of that. But his will revealed him as an honourable man in the way he distributed his wealth. Among his bequests he made ample provision for his several illegitimate offspring.