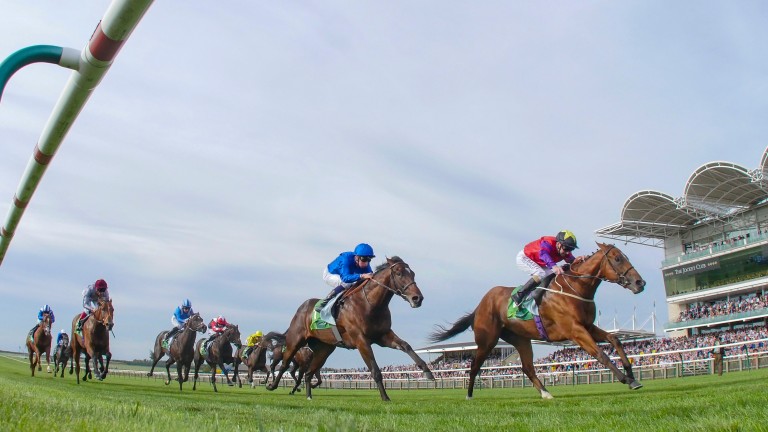 Group 1-winning juvenile and first-season sire The Last Lion has relocated from Kildangan Stud in Ireland to Hedgeholme Stud, joining Intrinsic and Portamento at Andrew Spalding’s Darlington base.

Having been sold to Godolphin and retired to Kildangan Stud at the end of his juvenile year, the now six-year-old has sired the winners of five races, with the Iain Jardine-trained Kraken Power being highly tried in Group company.

The son of Choisir and Cheveley Park third Mala Mala, an €82,000 purchase from Goffs Orby as a yearling, proved a tough performer for Mark Johnston, winning four of his ten starts in his sole campaign, including the Brocklesby and Middle Park Stakes.

That 2016 Newmarket triumph, which until Gear Up won last month's Criterium de Saint-Cloud was Johnston's last Group 1 strike, saw him beat Godolphin’s subsequent outstanding sprinter Blue Point by three-quarters of a length, with this year’s leading first-season sire Mehmas two and a quarter lengths behind in third.

The Last Lion’s other career highlights included a four-length win in the Sirenia Stakes at Kempton plus a ready strike in the Dragon Stakes at Sandown. For good measure, he also finished a half-length second to Prince Of Lir in the Norfolk Stakes, and posted runner-up spots in the Molecomb and Flying Childers Stakes.

Spalding said: "He was Yorkshire-trained and successful in the Brocklesby, a really fast horse, which is what we need nowadays.

"He was never out of the first three in all ten starts, and Group 1-winning two-year-olds are hard to come by. When you look at his progeny so far, a large number are consistent and paying their way."

FIRST PUBLISHED 1:25PM, NOV 21 2020
He was Yorkshire-trained and successful in the Brocklesby, a really fast horse which is what we need nowadays