Long-serving Beeby joined the company in 1964, shortly after it was founded 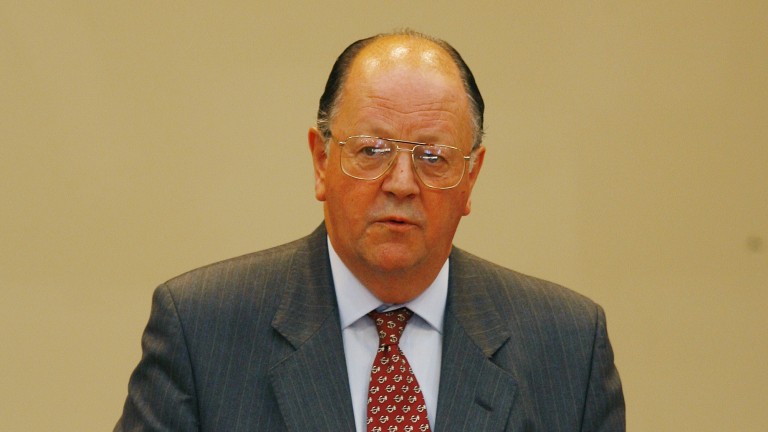 Harry Beeby, the former chairman of Doncaster Bloodstock Sales/Goffs UK, has died at the age of 83.

Beeby was the son of leading dual-purpose trainer George Beeby, whose successes included two Cheltenham Gold Cups, which he won with Brendan's Cottage in 1939 and Silver Fame in 1951.

His son Harry, then a London estate agent, was approached by Doncaster Bloodstock Sales' founders Willie Stephenson and Ken Oliver not long after the company's launch in 1962.

Having joined Stephenson and Oliver as a partner in April 1964, Beeby went on to become the driving force of the operation, which included the successful merging of DBS with Goffs in 2007.

The first horse he auctioned was Beau D’Argent, bought in for 420gns on May 18, 1964, while the best and most famous was Red Rum, who was hammered down to Ginger McCain for 6,000gns in August 1972 and went on to Grand National immortality with three victories.

Beeby oversaw the first breeze-up sale in Europe, held at Doncaster in the 1970s, while the first horse to win the English and Irish 2,000 Guineas, Right Tack, was sold at DBS for 3,200gns in 1967.

His son Henry, 55, is the current Goffs group chief executive.

Goffs chairman Eimear Mulhern said: "Harry was a stalwart of the bloodstock industry for over 50 years. Greatly respected, a mentor to many, a true friend and loyal colleague, he was first and foremost a family man.

"To his beloved wife Elizabeth, his son, Goffs group CEO Henry Beeby, daughters Caroline and Belinda and to his extended family and wide circle of friends, we offer our deepest condolences.

"Harry had a true zest for life. He was one of life’s gentlemen and one of the great characters of the bloodstock and racing industries. He will be greatly missed and fondly remembered wherever horsemen gather."

Goffs UK managing director Tim Kent added: "The term legend is often overused but I don’t think there is a better way of describing Harry Beeby.

"He was a great mentor to us all and he lived life to the full. He was also passionate about the sales in Doncaster and it is this passion that he has instilled in the current team. He will be sadly missed by us all."

His funeral will be held at St Cuthbert’s Church in Hawick, with the date and arrangements to be announced in due course, with a celebration of his life planned to take place in Doncaster, in association with a sale, at a later date.

FIRST PUBLISHED 12:17PM, OCT 28 2021
Harry had a true zest for life. He was one of life’s gentlemen and one of the great characters of the bloodstock and racing industries