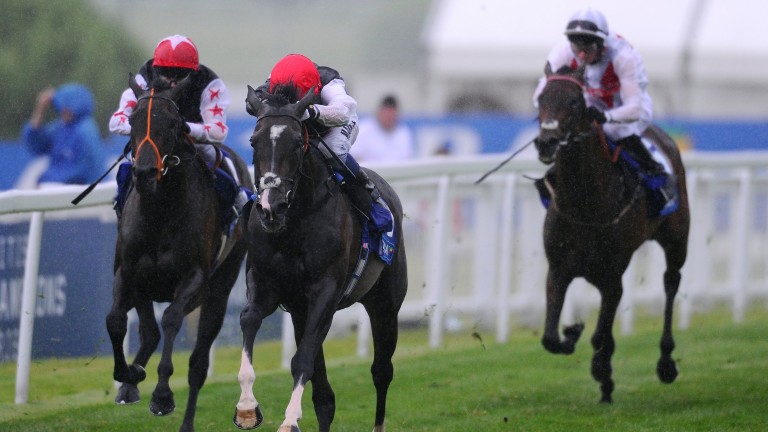 Glatisant, who holds the distinction of being the dam of Group 1-winning half-brothers Footstepsinthesand and Pedro The Great, has died aged 29 after a long and happy retirement at Anthony Oppenheimer's Hascombe and Valiant Stud.

The Rainbow Quest mare was a classy performer herself, winning the Group 3 Prestige Stakes as a two-year-old in 1993 in the black, red and white silks then belonging to Oppenheimer's late father, Sir Philip.

It was from the Hascombe and Valiant paddocks that Glatisant made the greater impression, however. Her son Footstepsinthesand was bought by the Coolmore partners for 170,000gns at Tattersalls before landing the 2,000 Guineas in 2005 in what was a three-race unbeaten career. 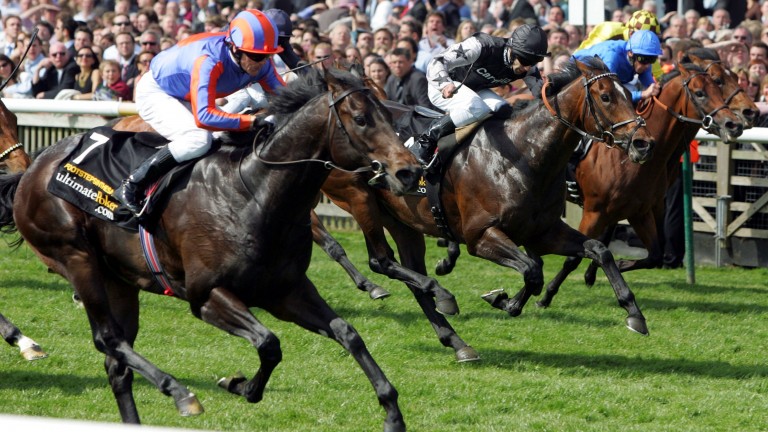 Footstepsinthesand enjoys his moment in the sun in the 2,000 Guineas of 2005

Fiona McGlone, stud secretary at Hascombe and Valiant, said: "We brought her back from America in 2013 after she had her Bernardini foal, Golden Laughter, and she has enjoyed her retirement here at the stud.

"She's been a bit of a stalwart here, and very highly regarded by everyone. Thankfully we still have three of her daughters to carry on the bloodline in Belle D'Or and Golden Laughter, who are both in foal to Golden Horn, and Palitana, who is in foal to Siyouni."

Glatisant was a Hascombe and Valiant home-bred out of Dancing Rocks, who took the 1982 edition of this week's Nassau Stakes at Glorious Goodwood for the Oppenheimer family, Harry Wragg and Pat Eddery.

FIRST PUBLISHED 3:39PM, JUL 30 2020
She's been a bit of a stalwart here, and very highly regarded by everyone