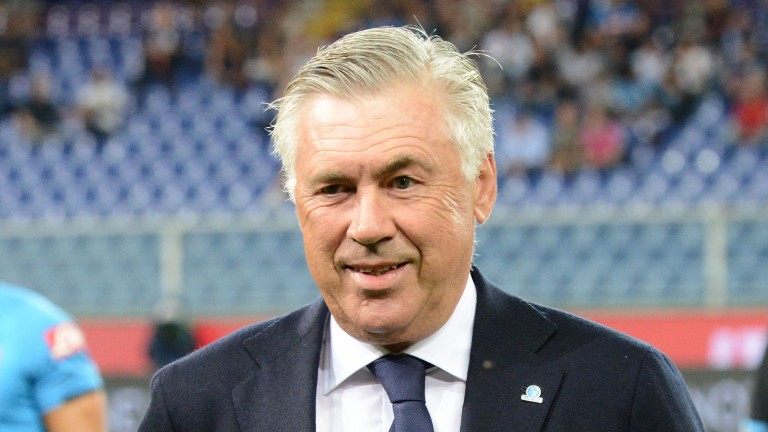 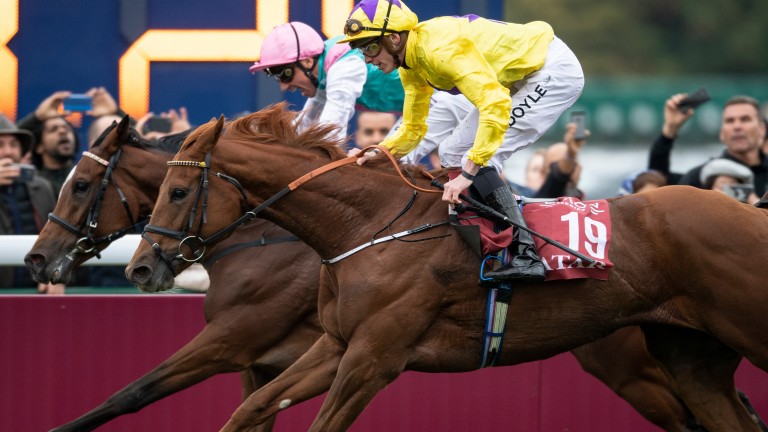 Carlo Ancelotti: a surprise figure in the yearling market this season
Paolo Rattini/Getty Images
1 of 2
By Ollie O'Donoghue UPDATED 11:31AM, OCT 17 2018

Already named Honor And Pleasure, the son of Oasis Dream was originally a 240,000gns vendor buyback by Jamie Railton, who was acting as agent.

A private deal was subsequently brokered by Alessandro Botti, acting on behalf of the current Napoli coach who played for Parma, Roma and Milan and has also spent spells managing Chelsea and Real Madrid.

"Carlo was really happy to become owner of a horse of this quality, with his friend in Naples, Giovanni Mauri [Scuderia Dei Duepi].

"It's a dream because he is the half-brother to one of the best fillies of her generation. His maternal line is fantastic. His mother produced several Classic winners.

"In view of all these elements, I find it a little surprising that the yearling's reserve price has not been reached. Of course, it's brilliant for racing that people like Carlo and Giovanni are investing more and more in this sport."

Honor And Pleasure was raised by Alessandro Botti and his family – Giuseppe, his father, and Alduino, his uncle – at Haras Razza del Velino near Rome.

His dam Holy Moon, a blue hen daughter of Hernando, was acquired by Botti for just Ir2,600gns at the Goffs yearling sales in 2001.

A Listed winner in her own right, she has produced three Oaks d'Italia winners in Charity Line, Final Score and Cherry Collect, as well as the Derby Italiano runner-up Back On Board.

Sea Of Class, a 170,000gns Tattersalls December yearling purchase, has surpassed even those high achievements of her siblings, having notched the Irish and Yorkshire Oaks double this season, and only narrowly being denied in her attempt to become the third winner from as many runners for the Tsui family in the Arc, after Sea The Stars and Urban Sea.

Her Oasis Dream half-brother is not the first yearling bought on behalf of Ancelotti this year, as his and Mauri's colours are also set to be carried by Black Mirror – bought for €75,000 at the SGA Sales in Italy last month.

The Teofilo filly out of three-time Listed winner Paris To Peking was the joint-second most expensive yearling at the Milan auction.

Ancelotti joins a long list of footballers to have been bitten by the racing bug. Most famously, perhaps, Southampton legend Mick Channon and ace striker Michael Owen have tasted Classic success as, respectively, trainer and owner-breeder, while Rock Of Gibraltar bore the silks of Sir Alex Ferguson to seven Group 1 victories while the part-owner was managing Manchester United.

Atletico Madrid forward Antoine Griezmann is the owner of Tornibush, who was far from disgraced in eighth in the Prix de la Foret on Arc day this month.

FIRST PUBLISHED 6:05PM, OCT 16 2018
Of course, it's brilliant for racing that people like Carlo and Giovanni are investing more and more in this sport