'There must be increased emphasis on owners, the industry's intrinsic linchpin' 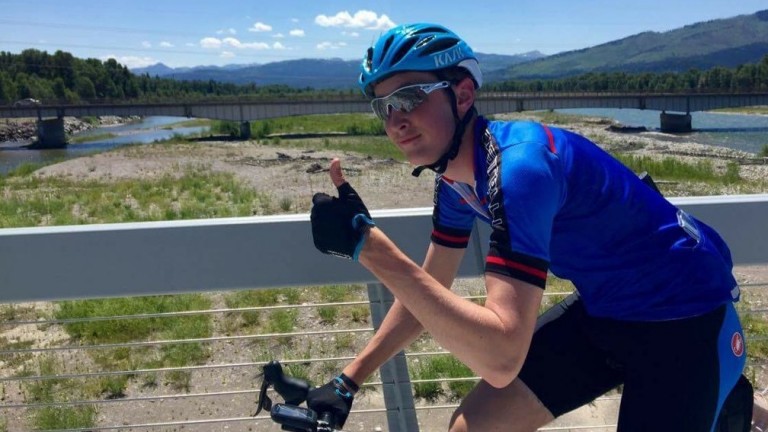 George Broughton: "Racing must adopt the British cycling philosophy of ‘looking for the one per cent gains in everything we do’ and leave no stone unturned in looking after owners"
1 of 1
3:27PM, MAY 26 2021

Our sixth Flying Start blog in this current batch comes from George Broughton, 23, from Suffolk. In 2019, George completed his MA (Hons) degree in Politics at the University of Edinburgh, graduating with First Class Honours.

Since finishing university, George has spent time working for Gai Waterhouse and Adrian Bott, and at New Zealand Bloodstock. His interests outside of racing include politics and cricket, as well as cycling, having previously cycled 4,300 miles across the USA for charity.

The last two weeks have seen the return of spectators to racecourses in what is hopefully the gradual return to normality for the British racing industry. With that in mind, now is the perfect time to reflect on the lessons learnt from the past 15 months and what changes can be made going forward.

The first lesson, and one that was excellently summarised in the Racing Post's Big Read on May 9; is the British racing industry’s current business model is flawed and that fundamental reform is required to secure the long-term health and prosperity of the sport.

The other key lesson shown over the last year is that owners are the lifeblood of the sport, contributing more than £30 million a month to the rural economy.

Not only are owners an intrinsic linchpin of the industry but, furthermore, the model upon which they are based is rapidly changing, with there being an inevitable move toward shared
ownership.

This can be seen in there being a 7.8 per cent decline in sole ownership since 2015 - meanwhile, more than 60 per cent of racehorses trained in Britain are owned in some form of partnership.

With this inevitable change in ownership in mind, the British racing industry must learn from others to prepare for what is not only the future but already a core aspect of the country’s racing model.

Australia, as expected, is the first port of call when evaluating successful syndicate models, with one in 244 Australians owning a share in a racehorse. This difference with the UK is furthered by the incredible prize-money on offer due to a strong pari-mutuel system in a nation with an amazing capacity to bet, with on average A$862 (£472/€546) bet per capita each year.

However, while this strong prize-money is an aspiration that we in Europe can strive towards and probably only achieve through fundamental reform, there is a lot that can be learnt from down under. These lessons, whilst not providing an entire solution, can bring what Sir Dave Brailsford would call 'marginal gains'.

What is key within the Australian model of ownership is not only great prize-money but the sense of ownership and the emphasis on making owners feeling valued.

With regards to this first issue, it is understandable owners take great pride in their horses, and an area where this is guaranteed - win, lose or draw - is seeing their name in the racecard. Australia hits the nail on the head by allowing up to 20 owners' names to be present on the racecard. In this way, owners have physical proof of their involvement in the horse.

Meanwhile, in the UK, our system has stuck with an outdated understanding of ownership, with racecards being limited to 40 characters for owners’ names (including spaces and punctuations). Not only is this not enough to allow the names of syndicate holders, but it is often not enough for partnerships of people holding as much as a leg in a horse, with partners often having to decide whose name(s) must be omitted.

In the past, the argument against allowing more space for owners’ names in the racecard was due to limited printing capabilities, but ultimately because it was deemed unnecessary. It is clear that this argument has long expired on both fronts, and therefore if ownership is to be encouraged in this country we must also encourage a sense of ownership. Allowing more owners’ names into the racecard is an easy place to start.

Not only is encouraging a sense of ownership key in this updated ownership model, but raceday experience is also of paramount importance. Here, the UK falls behind the times with the general rule of thumb for UK racecourses being for only six free entry badges per horse.

If over 60 per cent of UK-trained horses are owned in partnerships or by syndicates, then the standard of six badges must often prove limiting for owners.

There are two potential solutions. First, the minimum number of tickets for owners should be increased and, second, unclaimed owners' tickets should be reallocated to the owners who need them. This second suggestion could prove particularly successful in the UK, which benefits hugely from overseas investment and, as a result, has a large number of owners not present on racedays.

How and when these actions are taken up is ultimately up to the Racecourse Association and its members. However, there must be a recognition that syndication is the future of British racing. Australia again provides a valuable lesson, with syndicates being able to access up to 40 tickets per horse.

Another tool to further the lot of owners is ensuring they have as enjoyable an experience as possible on course. Here many courses excel, with York, Chester and Musselburgh all being officially recognised in recent years for their work in this department.

However, these courses are not primus inter pares and there is inevitably more that courses should be doing to look after owners. A greater emphasis could be placed upon the Racehorse Owners Association's Ownership Quality Mark, as well as their Gold Standard Awards, to truly incentivise improvements in racecourse hospitality for owners.

The traditional model of ownership in the UK has perhaps created this complacency, with many 'super owners' having their own boxes or hospitality arranged. In light of a deeply changing structure to ownership, racecourses must adapt if they are not to drive away the sport’s single most important stakeholder.

If the sport is to capitalise on the lessons learnt over the last year, there must be an increased emphasis on owners. While doing this does not solve the ongoing issues of prize-money and industry reform, it can certainly go a long way.

Racing must adopt the British cycling philosophy of ‘looking for the one per cent gains in everything we do’ and leave no stone unturned in looking after owners.

FIRST PUBLISHED 3:27PM, MAY 26 2021
Australia hits the nail on the head by allowing up to 20 owners' names to be present on the racecard