Daughter Tulip is headed for the Blue Diamond Stakes in February 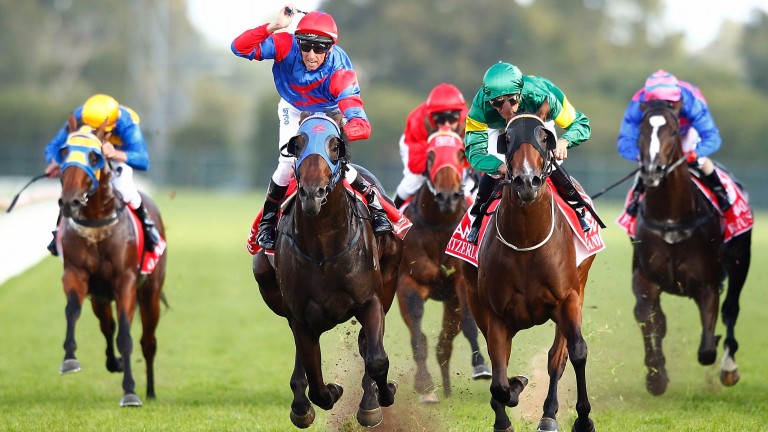 Outstanding five-time Group 1 winner Pierro was represented by his first winner as a sire on Saturday when daughter Tulip scored on debut over 5f at Moonee Valley in Australia as a well-backed favourite.

Tulip, trained by Tom Dabernig in partnership with David and Ben Hayes, displayed a fine turn of foot to come from last to first with a wide run and score by one and three-quarter lengths.

"I thought it was an exciting win to come from last at the Valley," Dabernig said. "You can see she's got a fantastic action and I'm very excited for the stallion Pierro.

"This is his first winner but we've got half a dozen of them and they all look pretty smart."

Tulip is out of the Group 3-winning Rock Of Gibraltar mare Musidora and is a half-sister to Group 3 scorer Sacred Eye.

Tulip will be pointed towards the Group 1 Blue Diamond Stakes in February and is set to take in a trial race for it beforehand.

He stood at Coolmore Australia this season at a fee of A$66,000.

Luxbet installed Pierro as even-money favourite to be leading first-season sire in Australia by prize-money in 2016-17.

FIRST PUBLISHED 2:35PM, DEC 31 2016
This is Pierro's first winner but we've got half a dozen of them and they all look pretty smart