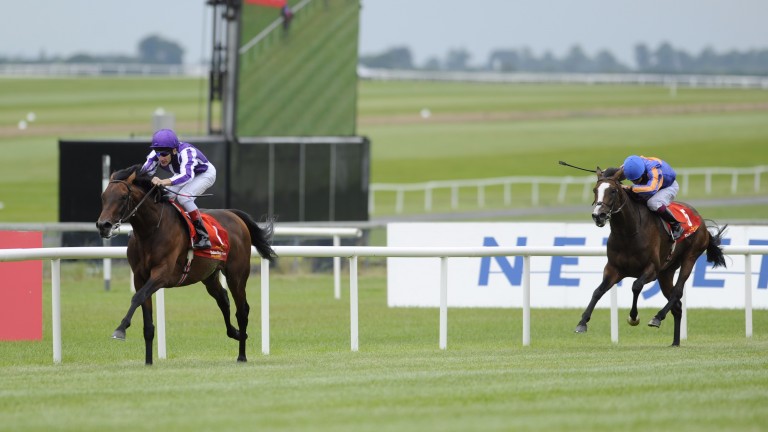 The 11-year-old son of Montjeu was due to commence his fifth season on covering duties, having retired to Grange Stud in 2013 after a hugely fruitful racing career.

Stud manager Albert Sherwood said: “It's a great shame as he was a grand horse, and based on the quality of his stock we thought he had the makings of a hugely successful stallion."

Fame And Glory retired to stud having won 14 of his 26 career starts for Aidan O’Brien, the Coolmore partners and Fitri Hay, with the latter becoming involved in the horse at the beginning of his five-year-old campaign.

His race record includes no less than five Group 1 successes, a haul made all the more impressive by the fact that he managed to record a top-level victories at the ages of two, three, four and five.

The first of those notable wins came in the Criterium de Saint-Cloud, which was followed by success in the 2009 renewal of the Irish Derby in which he trounced Golden Sword by five lengths.

At four he added a further two top-flight wins to his CV, with victories in the Tattersalls Gold Cup, beating Recharge by an effortless seven lengths, and the Coronation Cup, in which he defeated top-class racemare Sariska.

His final Group 1 was gained at Royal Ascot when he took the 2011 Ascot Gold Cup in an authoritative manner under Jamie Spencer.

With his first crop still only three-year-olds he has been robbed of the chance to demonstrate his true worth as a sire, but given how popular he has already proved with National Hunt breeders he looks sure to make his mark among the stallion ranks.

During the last three breeding seasons Fame And Glory covered books of 263, 346 and 243 mares.

Bred by Ptarmigan Bloodstock and Kirsten Rausing, his stallion credentials were further enhanced by his pedigree, being a son of the great Montjeu, a growing influence in the jumping world, and the Group 3-placed Shirley Heights mare Gryada.

He was a brother to Yummy Mummy, dam of champion three-year-old filly Legatissimo, and also shared his page with the Group 1 winners Gonbarda and her champion miler son Farhh.