Five exciting prospects to watch out for over the Christmas period 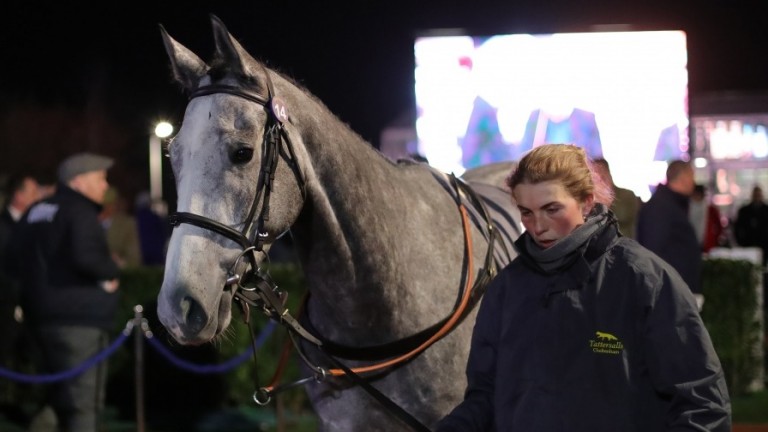 The following few days are not just about the King George, Welsh National and Leopardstown's Grade 1s, in case you haven’t noticed the long line of fixtures flashing down the screen on the Racing Post’s racecards page. Through sheer weight in numbers, a few interesting horses will doubtless creep through unnoticed but here are a few with entries to keep an eye on from a bloodstock point of view.

The third-dearest lot to have been cleared at this year’s Tattersalls Ireland Cheltenham Festival Sale, he represented one of several remarkable moneyspinning ventures for Monbeg Stables’ Donnchadh Doyle, who bought him for £34,000 and turned him over for £260,000 less than ten months later.

The Irish point whizz had prepared the athletic four-year-old to win a maiden at Belclare just prior to the auction and it was hard not to be impressed by his 18-length cakewalk. A son of Racinger with accomplished chasers Triolo D’Alene and Val D’Alene further down his page, he is now with the all-conquering combination of Gordon Elliott and Gigginstown House Stud as he makes his debut under rules, with Jamie Codd a notable booking. 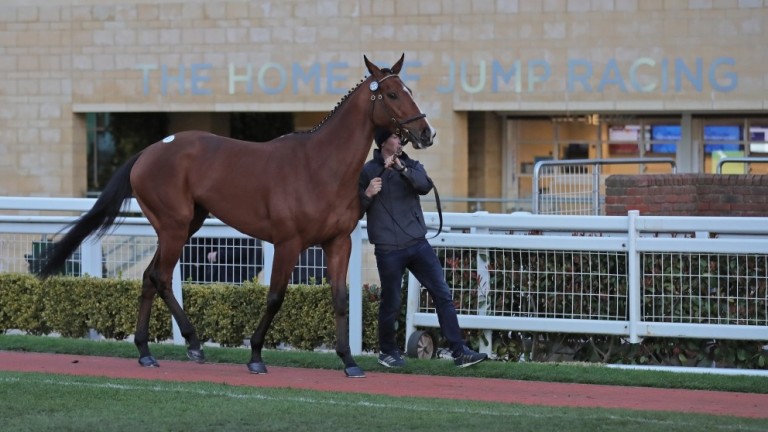 Holds entries at Leopardstown and Limerick

Cilaos Emery, who is quietly developing into Champion Chase material after two impressive performances over two miles already this season, is set to be one of the star attractions in Grade 1 company at Leopardstown on Friday.

While Willie Mullins’ runner is by Califet, the three years younger Fidji Emery is by the late Vision D’Etat, and has a hefty price tag hanging above him. Offered by Johnny Collins’ Brown Island Stables at last year’s Tattersalls Ireland Derby Sale, he was knocked down to Elliott for €170,000 and is now in the Gigginstown silks. Cilaos Emery won a bumper on his four-year-old debut, so it is reasonable to expect something from his sibling

The pair’s older half-brother Amalfi Doug had a productive time summer jumping for Keith Dalgleish, while Collins sold the latest three-year-old gelding out of broodmare Queissa, by Doctor Dino, for €65,000 back in June.

Not many better-bred animals, particularly those who have been verging on Group-class on the level, head over to the jumping game these days, so National Hunt aficionados have Simon Munir and Isaac Souede to thank.

Homer, who had been gelded prior to his debut for Andre Fabre and the Niarchos family in the spring, is a Sea The Stars-sired son of Symphonic, herself a half-sister to Prudenzia, the producer par excellence responsible for both Magic Wand and Chicquita. Homer, who notched two conditions wins at Clairefontaine, was one of the most attractive inclusions for the Arqana Arc Sale, where he changed hands for €120,000 and moved to Nicky Henderson. He could well emerge as a Triumph Hurdle candidate for connections well-versed in the event.

The British point-to-point industry received a huge boost when this four-year-old became one of the most expensive graduates from its ranks to be sold at public auction. Then trained by past master Tom Lacey, the Shantou gelding was a commanding winner of his only start at Bishops Court in Devon, a few days prior to this year’s Tattersalls Ireland Cheltenham Festival Sale.

Out of Irish black type gainer Mrs Wallensky, Ramillies reached £215,000 and has now joined Willie Mullins to display the Gold Cup-winning colours of Al Boum Photo's owners Marie and Joe Donnelly. "When one of the world's top trainers buys a horse it says it all," said Lacey, who had bought the grey for €60,000 as an unbroken store.

John Gosden has history with this Wolverhampton race, using it as a starting point for his subsequent Irish Derby winner Jack Hobbs five years ago. Tenbury Wells is a juvenile who starts off with great expectations, considering he cost $1,600,000 when bought by Godolphin from Barbara Banke's Stonestreet Farms at the Keeneland September Yearling Sale.

The March-foaled colt, by the impressive Medaglia D’Oro, is the second foal of Dayatthespa, the champion US grass mare who dominated a field including Stephanie’s Kitten and Dank in a high-quality 2014 renewal of the Breeders' Cup Filly & Mare Turf. Imaginatively named, Tenbury Wells is also a small and historic spa town in Worcestershire.

FIRST PUBLISHED 6:38PM, DEC 23 2019
Not many better-bred animals, particularly those who have been verging on Group-class on the level, head over to the jumping game these days