First winner in Britain for Violence

Quivery obliged in a 7f fillies' novice stakes at Doncaster 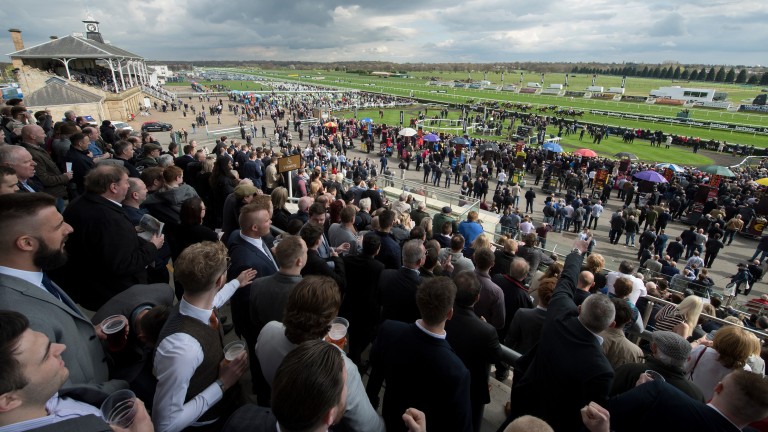 Kentucky freshman sire Violence recorded his first winner in Britain on Sunday, as the Jeremy Noseda-trained Quivery delivered a late challenge to get past the equally well-fancied Dubawi filly Arabian Gift - one of nine opponents in the 7f fillies' novice stakes at Doncaster.

A seven-year-old son of Medaglia D'Oro, Violence has already got off the mark courtesy of Buy Sell Hold's win in a 5f maiden at Churchill Downs at the beginning of May.

Quivery is out of the winning Distorted Humor mare Passion Du Coeur and was purchased for $360,000 at the breeze-up sales at Ocala this March by owner Marc Keller.

Passion Du Coeur is a sister to the Grade 2-placed Distorted Passion, dam of last year's Grade 1 Just A Game Stakes third Mrs McDougal. The pair are out of a Listed-placed half-sister to Warbling, twice runner-up in Grade 1 company.

Trained by Todd Pletcher, Violence was a top-class miler at two, winning both the Grade 2 Nashua Stakes at Aquaduct and the Grade 1 Futurity Stakes at Hollywood Park, before going on to finish second to fellow sire Orb in the Grade 2 Fountain Of Youth Stakes at Gulfstream Park at three on his fourth and final start.