Darley's stallion should be well represented with his first crop 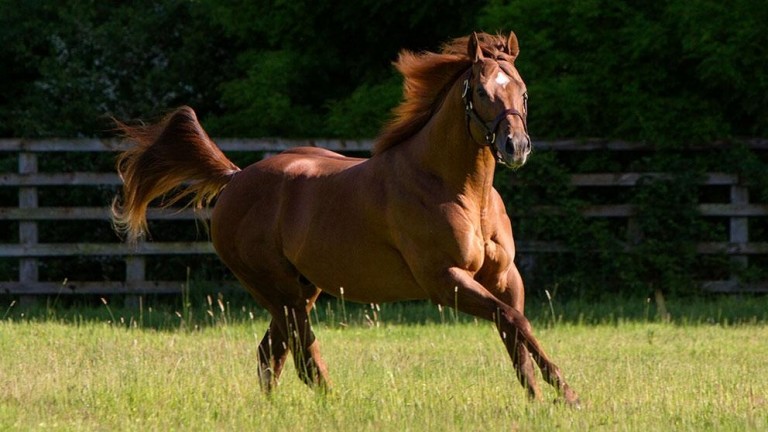 Guineas winner Night Of Thunder is one of Darley's young stallion brigade
Darley
1 of 1
By Tom Peacock UPDATED 1:21PM, APR 7 2019

It is not too difficult to spot the first offspring by Night Of Thunder to make their racecourse debut as she lies in plain sight in the opening event at Redcar on Monday.

Flight Of Thunder is the name of the filly who will represent Darley’s sire, who was a fairly rare breed in being a stakes winner at two, three and four, including stallion-making honours in the 2,000 Guineas in 2014 and the Lockinge Stakes the year after.

She is one of two runners for Kevin Ryan in the Flat Is Back At Redcar Fillies' Novice Stakes, having sold for €17,000 at the Goffs Sportsmans event last October. Flight Of Thunder is the first foal out of the unraced Thames Pageant, from the Queen’s outstanding Flight Of Fancy family.

Night Of Thunder’s progeny have received good reviews around the industry and he is considered one of the first-season sires to monitor. His European yearlings averaged 62,136gns and he has 101 possible representatives this season. Having opened the batting at €30,000 at Kildangan Stud, he is available at £15,000 this year from Dalham Hall.

Ryan saddles another sharp type in Due Diligence filly Lady Erimus but they both might have to go a bit against Exclusively, who represents an in-form trainer of two-year-olds in Archie Watson.

David Redvers paid 90,000gns for her at Tattersalls Book 2 on behalf of Qatar Racing and she has plenty in her favour on pedigree as a daughter of Showcasing out of Kodiac mare Sweet Cecily, a 6f Listed winner at the back-end of her own productive juvenile campaign.