First mares confirmed in foal for Derrinstown's King Of Change 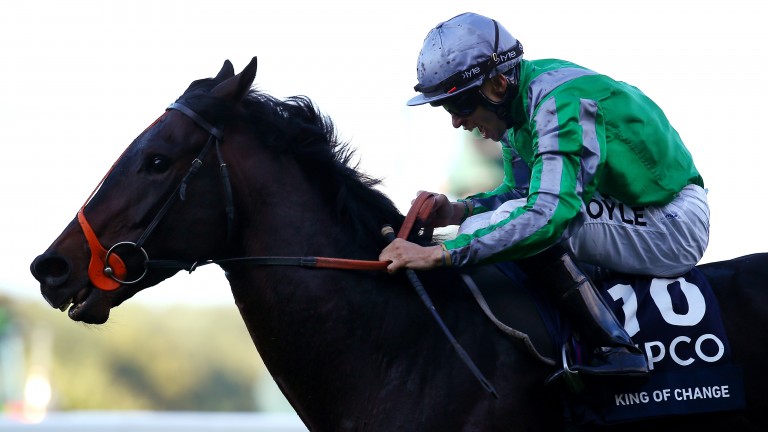 The son of Farhh, who enjoyed his finest hour when defeating a host of big names in the mile showpiece at Ascot on Champions Day in 2019, is standing his first season at the County Kildare operation for a fee of €7,000.

Among the mares confirmed in foal to the five-year-old are Table Forty Six, a seven-time winner who is out of Tashreefat - a Danehill half-sister to Listed scorer and Oaks third Mezzogiorno - and Ramamara, a dual winner and half-sister to the winning and stakes-placed Trinity.

King Of Change, who was bred by Rabbah Bloodstock, also finished runner-up to Magna Grecia in the 2,000 Guineas.

He is a half-brother to high-class miler Century Dream - who was third in the QEII in 2018 and landed the Group 2 Celebration Mile Stakes at Goodwood last term - and two further winners.

The Richard Hannon-trained colt also struck in the Listed Fortune Stakes at Sandown and finished in the first two on all six career starts.

Scott Burton on five French-breds yet to tackle Cheltenham

Video time! Byerley Stud and its Flag Of Honour foal

First mares in foal to Without Parole

FIRST PUBLISHED 4:40PM, MAR 12 2021
Among the mares confirmed in foal to the five-year-old is Table Forty Six, a seven-time winner