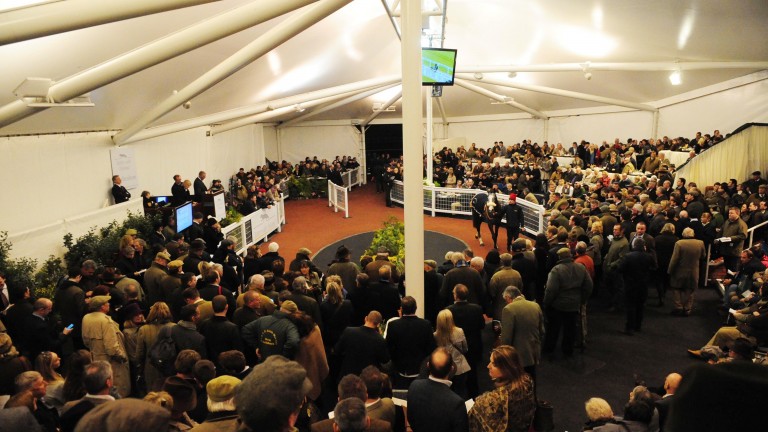 Tattersalls Cheltenham: the stage of the February Sale
HEALY RACING
1 of 1
By James Thomas 4:06PM, FEB 13 2019

Prestbury Park will stage its first auction of 2019 on Thursday, February 21, with Tattersalls Cheltenham hosting the February Sale from 1.30pm.

The auction provides buyers with the first chance to purchase four-year-old point-to-pointers in the new season, and the catalogue includes names such as: Deploy The Getaway (Lot 17), a son of Getaway from the family of Special Tiara who ran out a wide-margin winner of a Tallow maiden on debut for Donnchadh Doyle; Colin Bowe's Telmesomethingirl (13), a daughter of Stowaway who made a winning start at Ballinaboola; and Fado Des Brosses (31), a Balko gelding who scored at Belharbour for Pat Doyle. 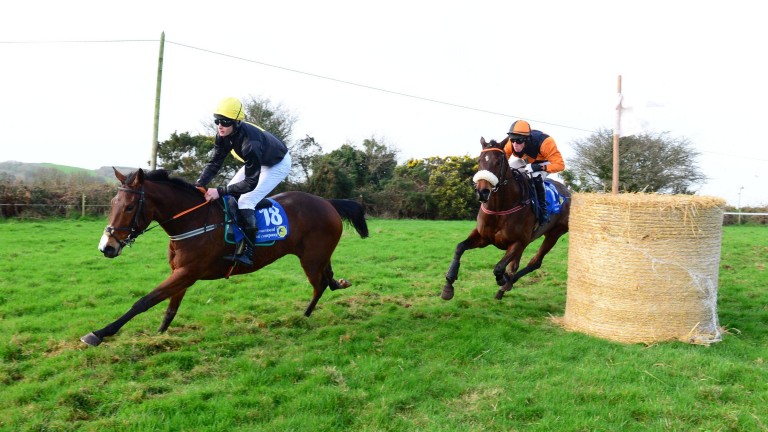 Theflickeringlight leads into the straight at Aghabullogue
HEALY RACING
The five-year-old brigade includes Silver Sheen (21), a son of Sulamani from Paul Cashman's Glenview Stables who opened his account at the second time of asking at Ballyvodock; Monbeg Stables' Sean Doyle will offer Offtheshoulder (20), a son of Gold Well who showed a game attitude when winning at Cragmore; and Colin Motherway offers Theflickeringlight (23), a two-time winner by Flemensfirth who defeated a subsequent winner on her most recent outing at Ballyvodock.

Last year's February Sale proved an explosive renewal, with trade headed by the £410,000 Dlauro and Envoi Allen, who is now among the favourites for the Champion Bumper having been picked up by Tom Malone for £400,000.

Following the recent Equine Influenza outbreak Tattersalls and Cheltenham Racecourse will be adhering to all BHA guidelines pertaining to the movement of horses for this sale. Tattersalls will be in ongoing contact with all vendors in relation to their requirements before travelling horses to the venue.