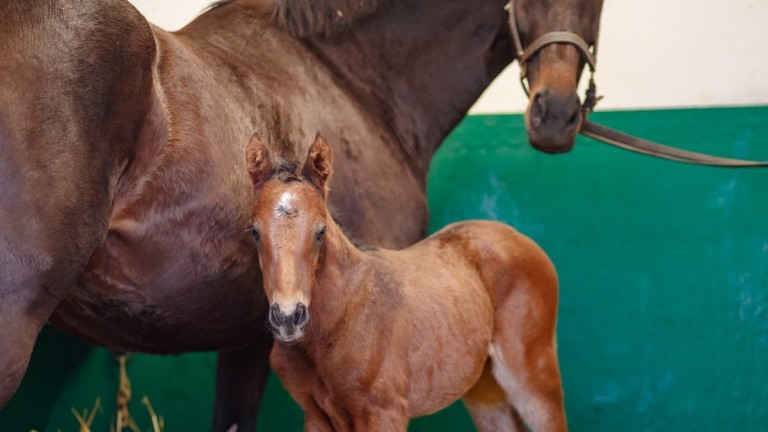 The colt was born at Haras de Saint Crespin and is out of the Anabaa Blue mare Masaola
Aga Khan
1 of 1
By Zoe Vicarage UPDATED 2:44PM, FEB 11 2018

The Aga Khan's Group 1 winner Dariyan had his first foal born at Haras de Saint Crespin on Friday evening prior to the stallion being on show as part of the popular Route des Etalons at Haras de Bonneval.

The colt is out of the placed Anabaa Blue mare Masaola, who is a half -sister to the Listed winner Magadino and the Listed-placed Milongo.

Georges Rimaud, manager of the Aga Khan Studs in France, said: "He's a nice strong foal, he weighs 61 kilos and is well developed, we're very happy with him."

The six-year-old son of Shamardal was trained by Alain de Royer-Dupre to win four races including the Group 2 Prix Eugene Adam and the Prix Ganay.

Dariyan will stand the upcoming breeding season at an unchanged fee of €8,000.