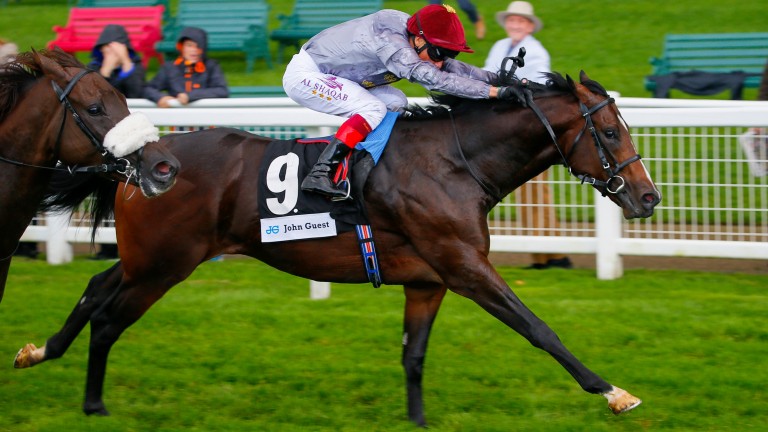 Tinnakill House Stud were celebrating on Friday as they announced the birth of the first foal by Haras de Bouquetot's exciting young stallion Shalaa.

The new arrival, a filly, is out of the winning Rainbow Quest mare Sarlisa and is a half-sister to the Group 3-winning and Group 1-placed Oasis Dream mare Sarkiyla.

Jack Cantillon of Tinnakill House said: "We’re very excited to have had the first Shalaa foal who is boarding with our good friends at La Motteraye.

"We haven’t seen her in person yet but let’s hope she is half as brilliant as her dad."

Shalaa, a five-year-old son of Invincible Spirit, was trained by John Gosden to win six races with the highlight of those coming when landing the Prix Morny and Middle Park Stakes as a juvenile. At three he added the Group 3 John Guest Bengough Stakes to his tally before retiring to Al Shaqab's Normandy operation.

Since joining the French stallion ranks, Shalaa has received strong support and his first book of mares included none other than dual Arc heroine Treve.