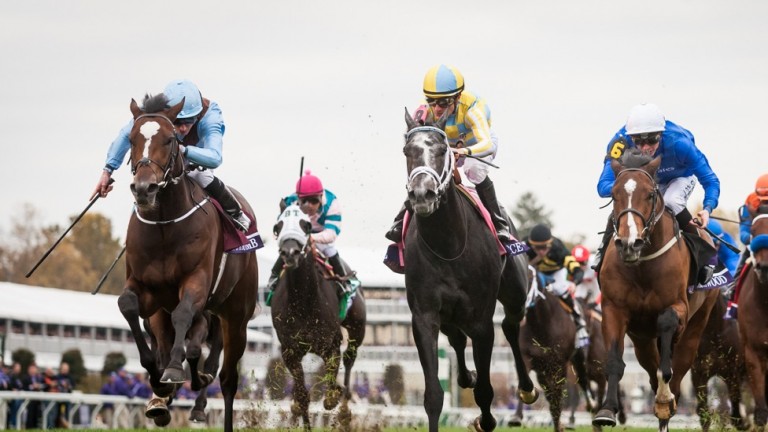 Breeders' Cup scorer Hit It A Bomb had his first foal arrive on Wednesday when a filly was born at Chasing The Sun Stables in Kentucky.

Bred by Michael Wood, the bay filly is out of the winning Dutch Art mare Risky Art and is from the family of Group 1 scorers Nadia and Signs Of Blessing.

Wood said: "We're very happy with her. This baby is absolutely correct, with nice size and good bone."

Trained by Aidan O'Brien for his owner-breeder Evie Stockwell, Hit It A Bomb's biggest victory of his career came when landing the Grade 1 Breeders' Cup Juvenile Turf in October 2015.

The son of War Front, a half-brother to Group 1 scorer Brave Anna, retired to Spendthrift Farm and will stand 2018 at a fee of $7,000.

If you liked this, you should read

FIRST PUBLISHED 2:44PM, FEB 11 2018
We're very happy with her. This baby is absolutely correct with nice size and good bone