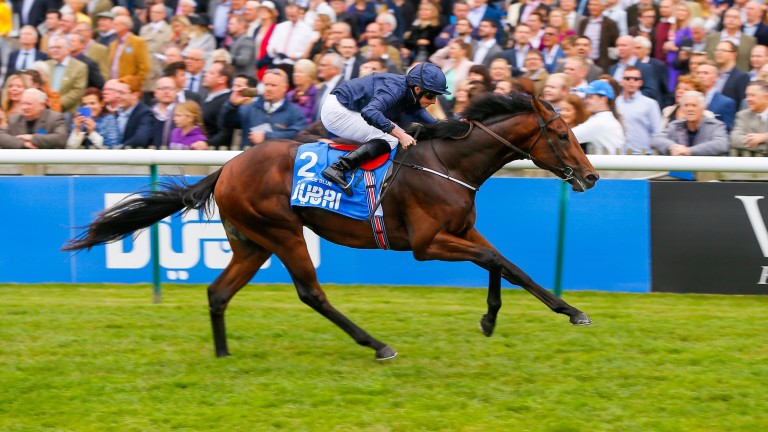 A bay filly, the new arrival is out of the Tiznow mare Havelsee and is from the family of Grade 1 scorers Clear Mandate, Strong Mandate and Romantic Vision.

A son of War Front, Air Force Blue was bred by Stone Farm out of the Maria's Mon mare Chatham and was snapped up by MV Magnier for $490,000 at the Keeneland September Yearling Sale in 2014.

Placed in Aidan O'Brien's care, he won four races including the Phoenix Stakes, National Stakes and Dewhurst Stakes in a stellar two-year-old season.

After a disappointing three-year-old season, he was retired to Coolmore's Ashford Stud in Kentucky where he is due to stand this year's breeding season at a fee of $20,000.