Son of Dark Angel stands alongside his sire at Yeomanstown Stud 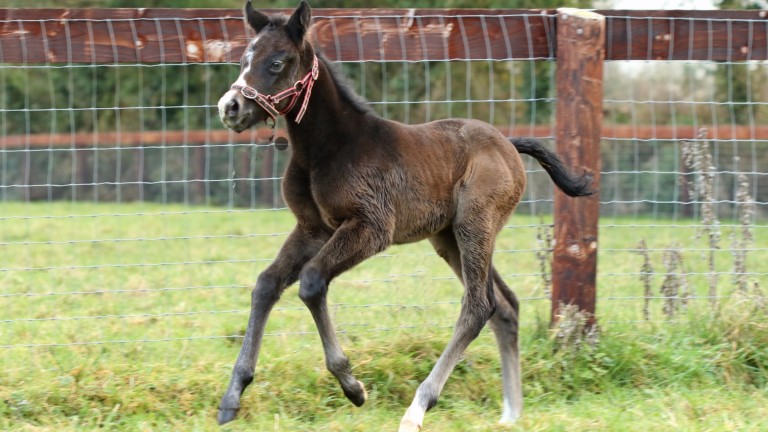 His first foal, a filly, was born on Monday at Greane House Stud and was bred by Wayne and Tina Evans out of the winning Oasis Dream mare Yet Again. Yet Again is a daughter of Group 1 heroine Quiff and is from the family of 1,000 Guineas scorer Wince.

Yeomanstown Stud, which stands Gutaifan, had their first foal by the son of Dark Angel arrive on Tuesday.

A grey filly she was bred by Guy and Robert O'Callaghan out of the Desert Style mare Dixiedoodledandy, a half-sister to Group 2 scorer Green Door.

Gutaifan was trained by Richard Hannon to win four races as a two-year-old including the Group 2 Prix Robert Papin and the Group 2 Flying Childers Stakes.

Retired to stud at the end of his juvenile season, the four-year-old was the busiest of 2016's new intake of sires in Britain and Ireland having covered a book of 203 mares in his debut season at the County Kildare operation.