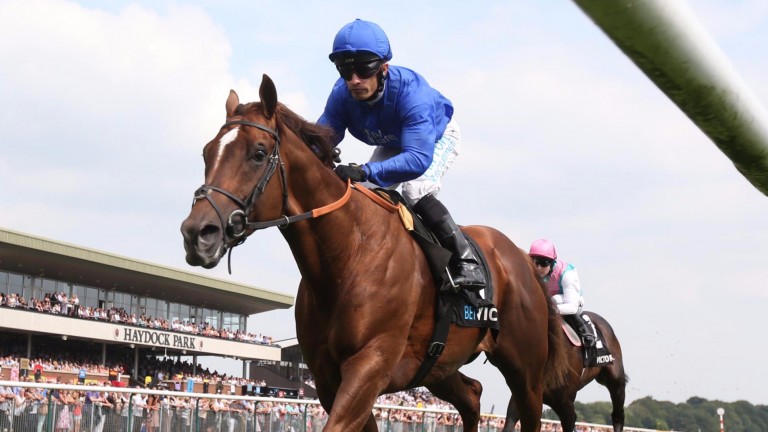 Three-time Group 1 winner Hunter's Light has sired his first foal, with a filly out of the Rock Of Gibraltar mare Our Time Will Come being born in France on Monday.

Bred by Walid Marzouk, who described the filly as "beautiful", the new born is out of a mare who won two races for John Quinn at three before being bought by Richard Venn for 12,000gns from the 2015 Tattersalls December Mares Sale.

She is out of the St Simon Stakes winner Signorina Cattiva, who was also placed in the Italian Oaks and the Group 1 Premio Roma.

Hunter's Light, a nine-year-old son of Dubawi, won ten of his 24 starts for Saeed Bin Suroor, including a triumvirate of top-level successes which came in the 2012 Premio Roma, the 2013 Al Maktoum Challenge and the 2015 renewal of the Jebel Hatta at Meydan.

He is out of Portmanteau, a Barathea close relation to the Listed winner Scriptwriter and a half-sister to the Group 2 winner Courteous, while his grandam is a sister to Darshaan.

Hunter's Light will stand the 2017 breeding season at Darley's Haras du Logis in Normandy at a fee of €4,000.