First foal for son of Shamardal arrives at Gestut Etzean

The filly was born two weeks early at the German operation 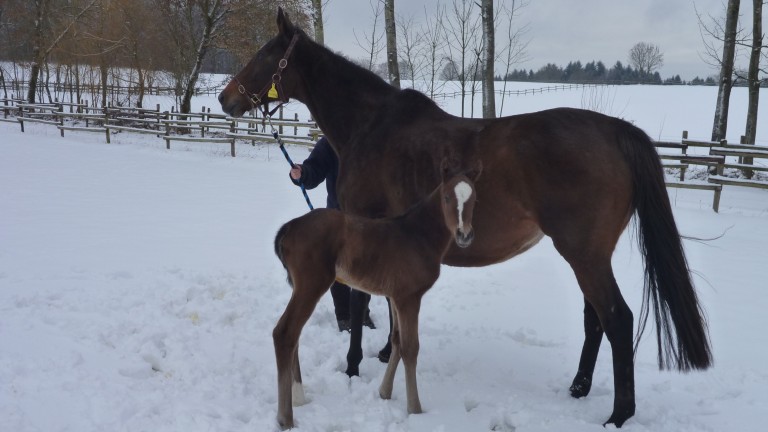 Amaron has had his first foal, a filly out of Bella Amica who arrived on Monday morning at Gestut Etzean in Germany.

Bella Amica, a 12-year-old daughter of Black Sam Bellamy, is a Listed winner in Italy and sister to multiple Group 3 scorer and sire in Germany Banyumanik, and is owned by Hans Wirth.

The filly was born two weeks early but the stud's Ralf Kredel described her as "straightforward with plenty of quality".

Amaron is the only son of Shamardal standing in Germany and covered 57 mares in his first year at stud. He remains at an unchanged fee of €4,500 for the 2017 breeding season.