First foal for son of Mastercraftsman arrives at Ballinasisla

The colt is out of the Listed-placed Nonna Iole 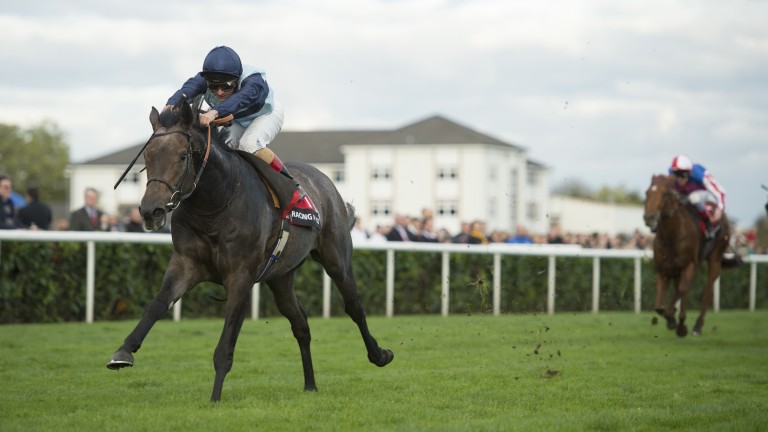 Kingston Hill: wins the Racing Post Trophy at Doncaster as a two-year-old
Edward Whitaker
1 of 1
By Ollie O'Donoghue 7:56PM, JAN 11 2017

Ballinasisla Stud in County Waterford was where Kingston Hill's first foal arrived on Wednesday morning, in the shape of a colt out of the Listed-placed Tobougg mare Nonna Iole.

Should the colt foal go onto greater things, it would not be surprising as Allevamento LeGi also bred Beauty Only, winner of the Group 1 Hong Kong Mile and Italian Derby scorer Biz The Nurse.

Kingston Hill, a six-year-old son of Mastercraftsman, won the Group 1 Racing Post Trophy over a mile as a two-year-old, and during his Classic campaign won the St Leger two starts after finishing runner-up to Australia in the Derby.