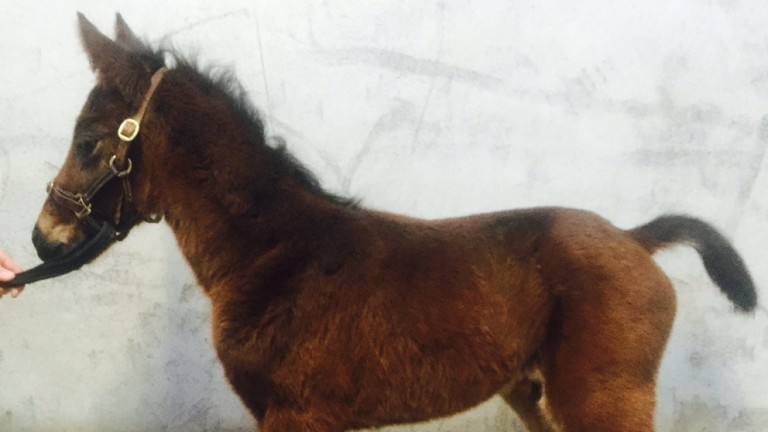 Cappella Sansevero, who topped the Goffs London Sale in 2014 when selling for £1,300,000 to Sheikh Fahad Al Thani, has his first foal on the ground in the shape of a colt born on Sunday morning.

The new arrival is a half-brother to last year's Group 2 Mill Reef Stakes scorer Harry Angel and out of Beatrix Potter, a half-sister to the sire Xtension.

Cappella Sansevero raced from two to three with eight of his 11 starts coming as a juvenile.

Trained by Ger Lyons, he won his three starts including the Listed Marble Hill Stakes at the Curragh. The day after he was sold at the Goffs London Sale he was runner-up to The Wow Signal in the Group 2 Coventry Stakes at Royal Ascot.

He finished a half-length third to Dick Whittington in the Phoenix Stakes at the Curragh before he won the Group 3 Round Tower Stakes at the same course.

Paul McCartan, of Ballyphilip Stud and who bred the colt, described his foal as: "A fine, big, strong, bay colt with very good bone and limbs. I'm very happy with him."

Cappella Sansevero stands under the Compas Stallions banner at an unchanged fee of €4,500 at Bridge House Stud.