First foal for French 2,000 Guineas winner on the ground

The filly was foaled on January 9 at Dunromin House 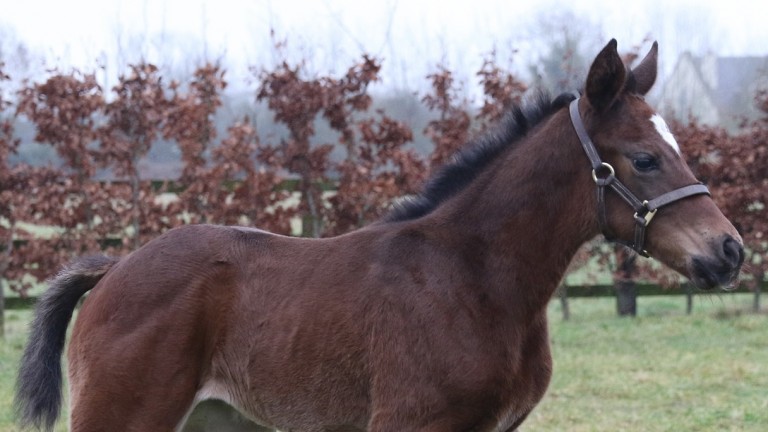 Dunromin House Stud: filly foal by Make Believe out of Okba in the paddock
CAROLINE NORRIS
1 of 1
By Ollie O'Donoghue 7:44PM, JAN 19 2017

Make Believe, a dual Group 1-winning son of Makfi, has his first foal on the ground, a filly out of the Diesis mare Okba.

She was foaled on January 9 at Peter and Sarah Fortune's Dunromin House Stud.

Peter Fortune, who bred the foal, is said to be be "thrilled" with his filly and looking forward to attending the Ballylinch Stud open day on January 27-28 to see Make Believe.

Okba is from the family of outstanding blue hen Height Of Fashion, the dam of top talents Nashwan, Nayef and Unfuwain. Breeders' Cup Filly and Mare Turf heroine Lahudood is another family member.

Okba is the dam of the sprinter Aleef, a four-year-old Kodiac colt who has won two races.

Make Believe was trained in France by Andre Fabre and raced from two to three. He won two races as a juvenile before he was narrowly defeated in the Group 3 Prix Djebel on his three-year-old debut.

Classic success came his way in the 2015 Poule d'Essai des Poulains, in which he beat New Bay, and later that season he also took the notable scalp of Limato to land the Prix de la Foret.