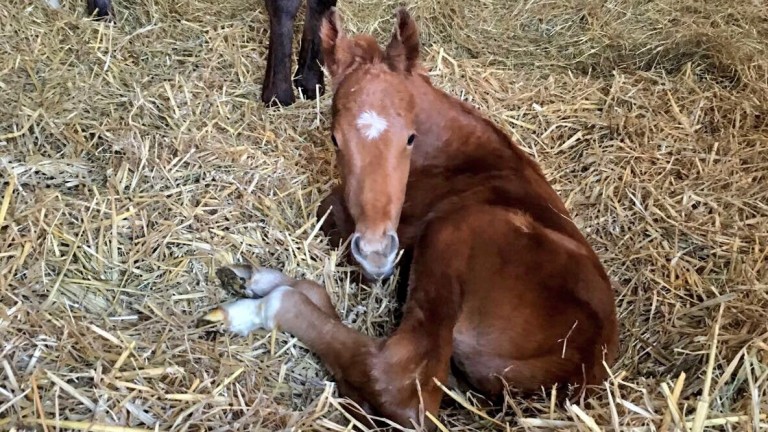 Night Of Thunder, who won the 2,000 Guineas in 2014, has his first foal on the ground in the shape of a filly out of the Mark Of Esteem mare Giveupyeraulsins that arrived at Oghill House Stud at 11.55pm on Thursday.

He raced from two to four and won a 6f maiden and the Listed Doncaster Stakes in two starts as a juvenile. He provided a first Classic success for Richard Hannon when he veered markedly across the course in the 2,000 Guineas at Newmarket.

Night Of Thunder returned the following year and won the Lockinge Stakes at Newbury in his first start at four.

Hugh Hyland of Oghill House Stud said: "The filly is a half-sister to the dual Group 3 winner Sruthan, who has earnings so far of €274,000 while another half-brother won five races in total, three at the Curragh, and €74,315. Consequently we're very much looking forward to the future with her.

"She's a very pretty filly with strikingly similar makings to Night Of Thunder and like her sire, she displayed some impeccable timing, making her way into the world at five minutes to midnight."

FIRST PUBLISHED 2:36PM, JAN 20 2017
We're very much looking forward to the future with her