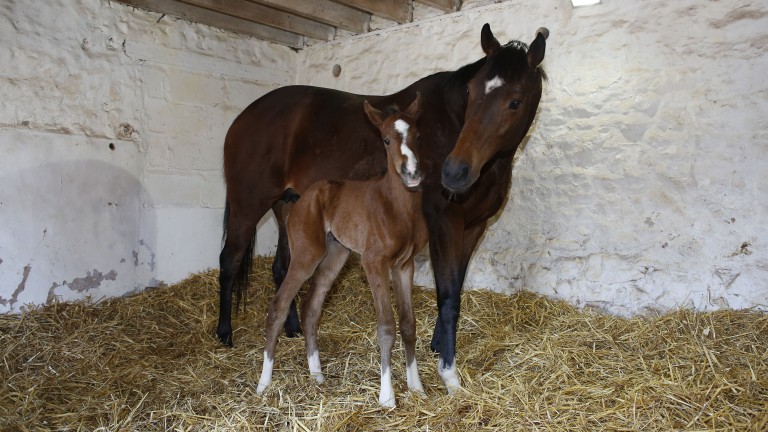 Free Eagle, winner of the Prince of Wales's Stakes at Royal Ascot in 2015, has his first foal on the ground - a filly out of the Mark Of Esteem mare Al Kahina who arrived on Thursday morning at 6am at Bickfield House Farm.

Bred by Gloria and Stephen Seymour, the dam Al Kahina is a half-sister to the Listed Flame Of Tara Stakes scorer Kanisfluh, who is the dam of the Listed-placed Oratorio filly Highly Composed.

Free Eagle, a six-year-old son of High Chaparral, raced from two to four for trainer Dermot Weld. He won his maiden by five and a half lengths, and was second to Australia in the Group 3 Breeders' Cup Juvenile Trial on his only other start at two.

He returned to Leopardstown quite late as a three-year-old, powering clear in the Group 3 Enterprise Stakes, before finishing third to Noble Mission in the Champion Stakes at Ascot.

Free Eagle's biggest win came on his first start at four when winning the Prince of Wales's Stakes by a short head from The Grey Gatsby. He placed third behind Golden Horn in the Irish Champion Stakes, and ran sixth behind the same rival in the Prix de l'Arc de Triomphe.

John Osborne, CEO of the Irish National Stud, said: "The success in the sales ring so far of Dundeel and Toronado [other sons of High Chaparral] hints that Free Eagle will produce foals in his own image - and he is a beauty!"

Free Eagle stands at the Irish National Stud at an unchanged fee from last year of €20,000.