Finished a length behind American Pharoah in the Kentucky Derby 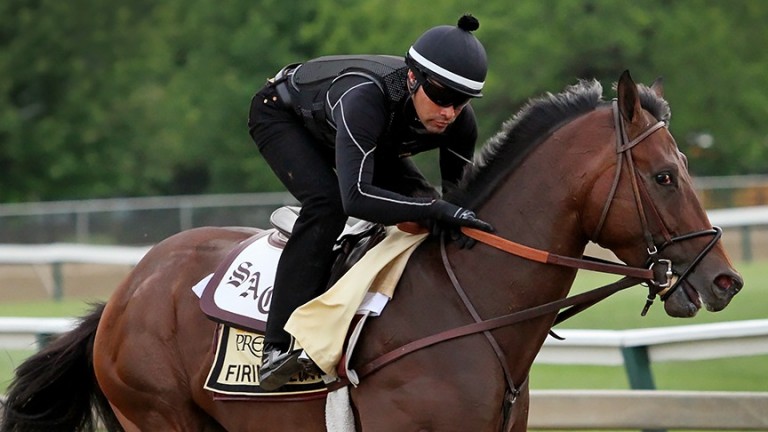 Kentucky Derby runner-up Firing Line, who was retired from racing in November, will stand at Crestwood Farm in Kentucky in 2017 at a fee of $5,000.

Bred by Clearsky Farms, the four-year-old son of Line Of David is out of Graded-placed mare Sister Girl Blues, who is a half-sister to Grade 2 winner Mint Lane.

Firing Line raced from two to four in the colours of Arnold Zetcher and was trained by Simon Callaghan. He won a 6½f maiden on his second start as a two-year-old before finishing runner-up in the Grade 1 Futurity Stakes at Los Alamitos.

His three-year-old career started well when second in a Grade 3, and he followed up by winning the Grade 3 Sunland Derby.

His most notable run was when runner-up to American Pharoah by a length in the Kentucky Derby, with the winner going on to complete the Triple Crown.

Pope McLean, director and business manager of Crestwood Farm, told the Daily Racing Form: "He was an extremely talented racehorse. He had speed that could carry, and I think when people see him and really study him, they’re going to be very impressed with him."

FIRST PUBLISHED 8:00PM, DEC 13 2016
He had speed that could carry, and I think when people see him and really study him, they’re going to be very impressed with him