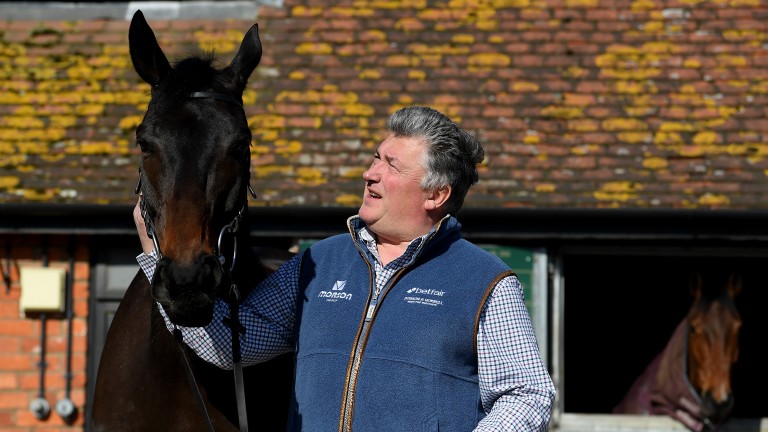 Kapgarde this year joined an elite band of jumps sires to have been advertised to breeders at a five-figure fee in recent years, joining the likes of Flemensfirth, Kayf Tara, Martaline and Saint Des Saints.

If anyone thought the 20-year-old son of Garde Royale's price-tag of €12,000 at Haras de la Hetraie looked steep, they should take a look at his progeny entries at the Cheltenham Festival this week.

He has a strong supporting cast of lively outsiders too, such as Cap Soleil in the OLBG Mares' Hurdle on Tuesday and dual winner Flic Ou Voyou in the Weatherbys Champion Bumper on Wednesday.

With so many good horses to his name, it is perhaps surprising to note that the stallion has yet to come up with a Cheltenham Festival winner from 33 previous runners at the meeting, the second-place finishers Cap Soleil, Edgardo Sol and Style De Garde being his best results there.

Kapgarde looks well capable of righting that wrong over the next four days, in the process confirming his right to ply his trade in the same salary bracket as Flemensfirth, Kayf Tara and co.

Why it's also a big Cheltenham for...