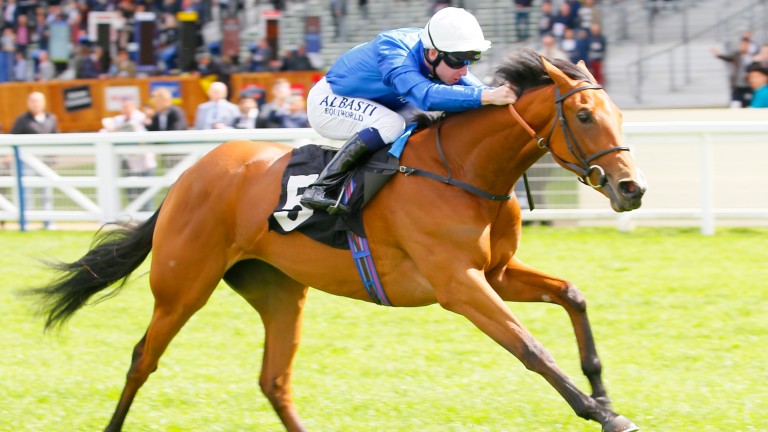 Top-class sprinters such as Battaash and Harry Angel have been Dark Angel’s stock in trade so far but the Yeomanstown resident looks to be in with a shout for an early Classic event in 2020 after the eye-catching Meydan success of Final Song.

A Godolphin home-bred with Saeed Bin Suroor, the filly is one of a contingent to have been brought for the Dubai World Cup Carnival and she could not have made a better start in the UAE 1000 Guineas Trial.

A winner on her debut at Ascot last May, Final Song was third in the Queen Mary at the Royal meeting and filled the same place in the Duchess Of Cambridge Stakes.

Tried on the dirt here, it did not look entirely promising for her turning for home with Christophe Soumillon having to apply some pressure but she surged between race-fit maiden winners Down On Da Bayou and favourite Rio Angie to score snugly.

Final Song is one of a number of the offspring of Rahiyah, a French Guineas third, who has been transferred to the desert, with half-brothers Drummore, Autumn Pride and Poet’s Society all currently on the scene. She is now sure to contest next month’s Guineas itself, a race her trainer has already snared on ten occasions.

"She’s tiny but she has a good engine," Bin Suroor told the Dubai Racing Channel. "There was a question mark about the dirt but she handled it well, Christophe said a mile would be better for her, but no problem with the surface."

FIRST PUBLISHED 5:29PM, JAN 2 2020
There was a question mark about the dirt but she handled it well