Filly gets Shanghai Bobby off the mark

Spirit Of Shanghai was a $72,000 yearling purchase 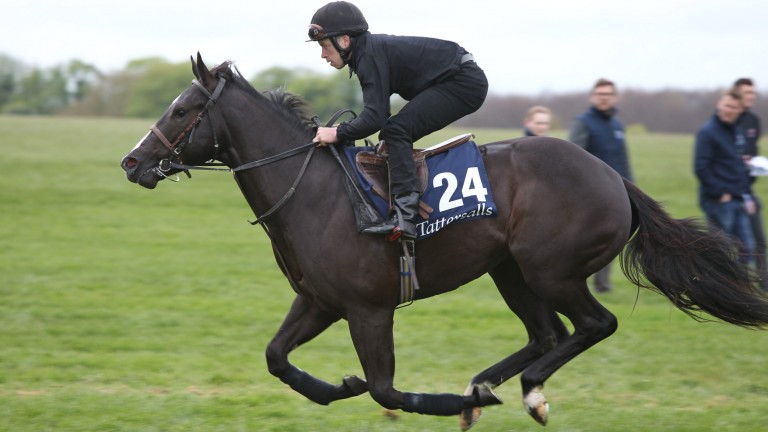 Shanghai Bobby, a grandson of the influential US sire Harlan, recorded his first winner when favourite Spirit Of Shanghai obliged in a 5f fillies' claiming maiden on the dirt at Santa Anita on Sunday.

Trained by John Brocklebank and ridden by Edwin Moldanado, she took the lead round the home turn and stayed on strongly to win by a length.

Bred by Gil Masters and owned by William Peeples, Spirit Of Shanghai is out of the Tiznow mare Yamato Damashii. Spirit Of Shanghai was a $72,000 yearling purchase for her trainer at last year's Fasig-Tipton October Sale, but went unsold for $80,000 at this year's Barretts' breeze-up sale.

Shanghai Bobby was a top-class juvenile on dirt for trainer Todd Pletcher, winning both the Champagne Stakes and the Breeders' Cup Juvenile, and was third in the Grade 3 Holy Bull Stakes at three.

The seven-year-old son of Harlan's Holiday was retired to Ashford Stud In Kentucky in 2014, where he currently stands at a fee of $25,000.

Four of his progeny have been sold in Europe, with a colt out of the Giant's Causeway mare Thousandfold realising 240,000gns from Wavertree Farm at Book 2 at Tattersalls last October.

The other three were offered at breeze-up sales this year, including a 135,000gns colt bought by the Cool Silk Partnership and Stroud Coleman Bloodstock at the Tattersalls Craven Sale.