Guy Pariente's Normandy farm has had another fine year 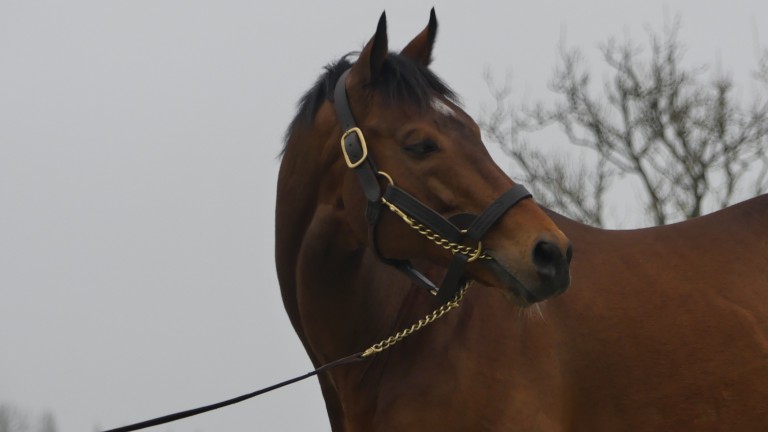 Galiway has made a bright impression at his Normandy home
Scott Burton/Racing Post
1 of 1
By Bloodstock World Staff UPDATED 5:15PM, NOV 28 2022

Guy Pariente's Haras de Colleville has kept its fees unchanged for 2023 and the four-strong roster is headed by Galiway at €30,000.

The leading first-season sire in France in 2019 has produced nine stakes winners to date including Group 1 scorer Sealiway, another new member of the stallion ranks next year for Haras de Beaumont

"To our knowledge, no stallion has achieved such performances with his first offspring," a spokesperson for the stud told the French publication Jour de Galop.

"His yearlings sold for up to €300,000. His production continues to progress, because he covered more and more, and mares of ever superior quality. We should therefore see new progeny from Galiway at the highest level in 2023 but especially in 2024 and 2025, in France and all over the world.

"It should be noted that his progeny continue to progress with age, while going to the races early.”

The evergreen Kendargent, still being represented well by old favourite and Group 1 winner Skalletti, has a second season at €17,000.

Kendargent's speedy son Goken has been kept at €15,000 after a solid year included Fang in the Group 3 Prix du Pin, while Soft Light, a stakes-winning son of Authorized, stays at €5,000 for his second season as a stallion.

FIRST PUBLISHED 5:06PM, NOV 28 2022
It should be noted that his progeny continue to progress with age, while going to the races early

'Gordon thinks a lot of him' - high-flying Wingmen brings £250,000 at Cheltenham The whole episode was a bizarre ending to an otherwise routine sales shift Take-off for Justify at Rosehill with Learning To Fly Death of long-serving Keeneland bid spotter Pete McCormick at 75 Exciting Darley pair Palace Pier and Space Blues welcome first foals State of emergency declared in Auckland after floods hit city