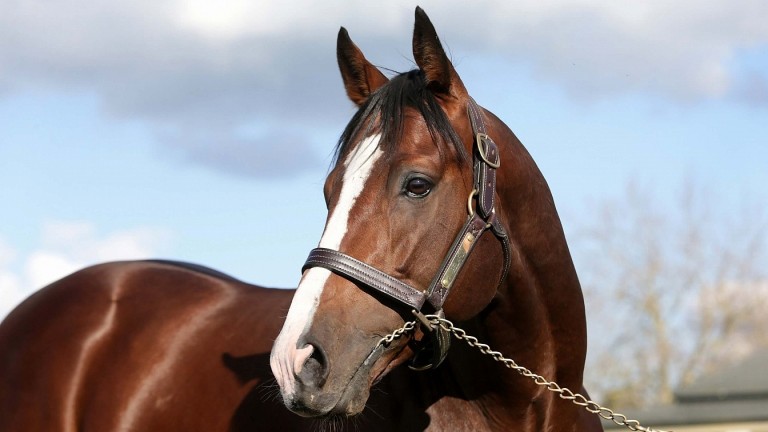 Dewhurst and Lockinge Stakes winner Belardo is on the move from Darley's Kildangan Stud and will stand at Bearstone Stud for 2023, the Shropshire operation has announced, with Group 1-producing sire Dream Ahead retaining his 2022 fee of £7,500.

Belardo, a champion juvenile and son of Lope De Vega, had been standing in Ireland since his retirement from racing in 2017 and from his first three crops he has sired the winners of more than £2.5 million, including six Group or Graded scorers.

The ten-year-old is also responsible for Elysium, winner of the Group 3 Park Stakes at the Curragh, and the Bearstone-bred Group 3 Prix Miesque winner Lullaby Moon.

Out of the Group-placed Danehill mare Danaskaya and a half-brother to Scandinavian Group 3 winner Berling, Belardo was bred by Ballylinch Stud and sold to Ted Voute for €100,000 at Arqana's August Yearling Sale in 2013.

We are pleased to announce our stallions fees for 2023:

Belardo won on his debut at two for Roger Varian before scores in the Listed Denford Stud Stakes and the Dewhurst Stakes, having also finished fourth in the Group 2 July and Champagne Stakes. Second in the Queen Elizabeth II Stakes at three, he won the Listed Doncaster Mile on his four-year-old bow before his Lockinge strike and a final career start when second to Solow in the Queen Anne.

Terry Holdcroft, owner of Bearstone Stud, said of the new arrival: “We are delighted Darley has entrusted us with a stallion who has made such a promising start at stud and was bred to 215 mares in the last two years. We purchased breeding rights in Belardo when he retired and were rewarded with Lullaby Moon.

"As a son and grandson of two exceptional stallions and with
a ratio of Group winners to runners that compares favourably with many of the best stallions at stud today, we are confident Belardo will prove extremely popular with British breeders.”

He joins a roster that includes the aforementioned Dream Ahead, the sire of four individual Group 1 winners, namely Glass Slippers, Al Wukair, Donjuan Triumphant and Dream Of Dreams.

No Nay Never heads the Coolmore pack at €175,000 after fruitful top-level haul

FIRST PUBLISHED 12:46PM, NOV 10 2022
We purchased breeding rights in Belardo when he retired and were rewarded with Lullaby Moon