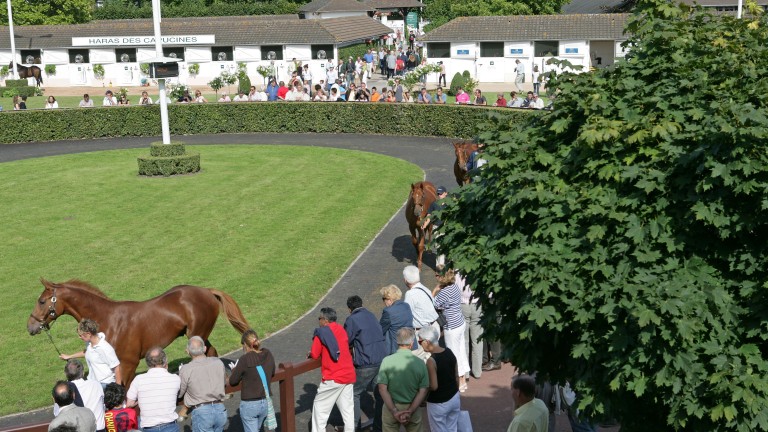 The catalogue has been published for the Arqana February Mixed Sale, which takes place on Tuesday, February 14.

The sale has been the source of Classic talent in recent years as the dam of last year's dual Classic winner La Cressonniere was bought for just €40,000 in 2010.

The auction will start with the sale of stallion prospect Sarek (Lot 1) from the Coulonces Consignment. Unraced, this four-year-old son of Teofilo out of Marie Rheinberg is a half-brother to champion sire Le Havre from the family of Polar Falcon.

A lot later, it will be the turn of the stallion Sandwaki (2), a son of Dixieland Band and winner of the Group 3 Prix du Bois and the Listed Prix La Fleche. Offered by Haras de la Huderie and at stud since 2008, he has supplied several winners.

Among the National Hunt pedigrees on offer are a number of lots following the dissolution of the partnership between Ecurie Sagara and Francois Nicolle, who are prominent owners in the French jumps sphere.

Ivresse Du Berlais (100) is the winner of a Listed four-year-old chase at Cagnes-Sur-Mer. Her second dam is the Listed winner Isis Du Berlais from the family of Graded winners Bonito Du Berlais and Nikita Du Berlais. The seven-year-old is in foal to Haras de la Hetraie's new recruit Bathyrhon.

The catalogue is available to view through the link above.