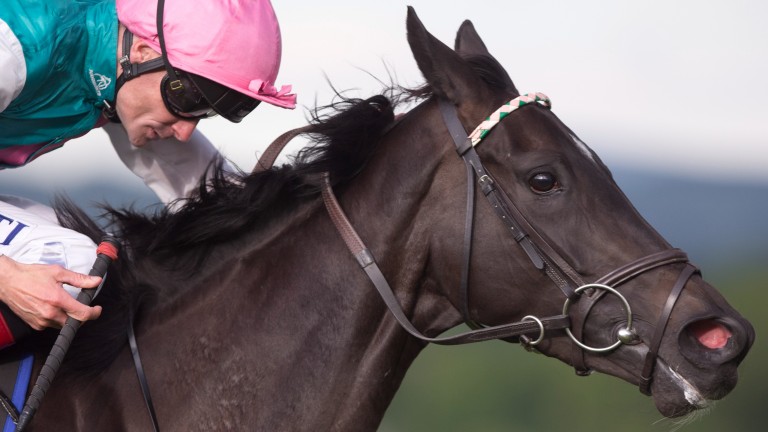 Famous Name: to stand in partnership with the Irish National Stud
Patrick McCann
1 of 1
By Martin Stevens UPDATED 3:21PM, NOV 14 2017

The admirable 21-time winner Famous Name is to stand at Alastair Pim's Anngrove Stud in County Laois next year after spending the first five seasons of his stallion career at the Irish National Stud.

Dermot Weld saddled Juddmonte's homebred son of Dansili to all those victories, including a scarcely credible 20 stakes successes.

Famous Name - a brother to stakes winners Big Break and Discipline out of the winning Quest For Fame mare Fame At Last - was also five times a runner-up in Group 1 company, including in the Prix du Jockey Club and twice in the Tattersalls Gold Cup.

His first two-year-olds hit the track last year and his best performers are the Washington Singer Stakes winner Escobar - a 100,000gns purchase at Tattersalls last month - and fair handicapper Set In Stone.

Famous Name will stand in partnership with the Irish National Stud at Anngrove alongside Aiken, Tobougg and Vendangeur.

Medaglia D'Oro shows his worth where the turf meets the surf

'Yesterday's man' James Delahooke still has much to offer