Familiar faces united under Byerley banner off to good start 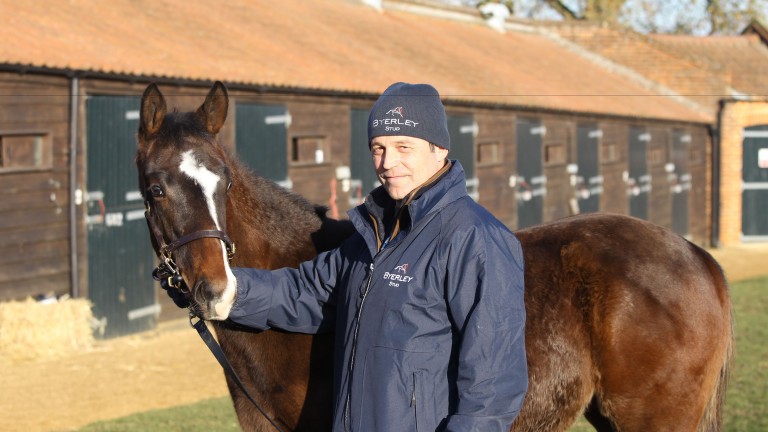 There was a new name among the list of vendors at this week's Tattersalls December Foal Sale, albeit one with a well-known origin. Named after one of the trio of breed-founding stallions, Byerley Stud is the product of the combined efforts of Tareq Al Mazeedi, Sarah Clifford of Bathwick Tyres and stud manager Ian Bradbury.

The operation consigned for the first time under the Byerley Stud banner at Park Paddocks.

Despite the new brand, there is a wealth of experience behind Byerley Stud, with Bradbury and Al Mazeedi having previously been vital components of the Biddestone Stud machine.

The 200-acre farm in Wiltshire currently employs four full-time staff and is home to around 60 horses, including 25 mares.

"It's gone well so far," said Bradbury, reflecting on the stud's week. "The horses we brought here have sold well despite the market being a bit tricky in places. I'd like to keep that up."

The stud sold six lots during the four-day auction for turnover of 110,500gns, including an Olympic Glory colt who was bought by Mick Flanagan for 45,000gns.

While the offerings made in the Tattersalls ring were sold on behalf of clients, there are plans for the stud to begin building its own broodmare band.

"We'll all have our own mares and pool them together," Bradbury explained.

"We'll be buying next week [at the Tattersalls December Mare Sale] and we bought in France last year but we're taking it nice and slowly. We put a lot of homework in and I don't mind buying more of a middle-aged mare if she's had a stakes winner - I think there's value there.

"We've been really successful buying those older mares that have quality pedigrees. At the moment our horses would be mile-plus horses so I need to sharpen a few of them up."

Despite Bradbury's need for speed he explained there is not an out-and-out hunger for commerciality, with a good chunk of the stud's clients being owner-breeders.

"Wayne and Sarah [Clifford] breed to race and the actual guts of the operation is boarding horses for owner-breeders. We still need ten or so yearlings to keep the cash flowing and our own broodmare band will be that bit more commercial, but I don't want to do anything quickly," he said.

"This industry is about doing everything slowly and I don't believe spending big money is the answer, either. You can't buy all your stock in one year. I know realistically it'll take me ten years to build my stock to where I want it to be."

Having enjoyed a bright start Bradbury is already relishing the stud's next consignment.

He said: "We've not made a big noise about starting out but when people have come to look at the horses we've had a few say, ‘Ah, it's you!'

"Hopefully we'll be at all the sales next year. The next place we're going to is Doncaster in January, when we'll have a lovely Kayf Tara colt."

With experience and ambition in spades, the name Byerley Stud looks unlikely to be an unfamiliar one for much longer.