Daughter of Shirley Heights was also the granddam of Legatissimo 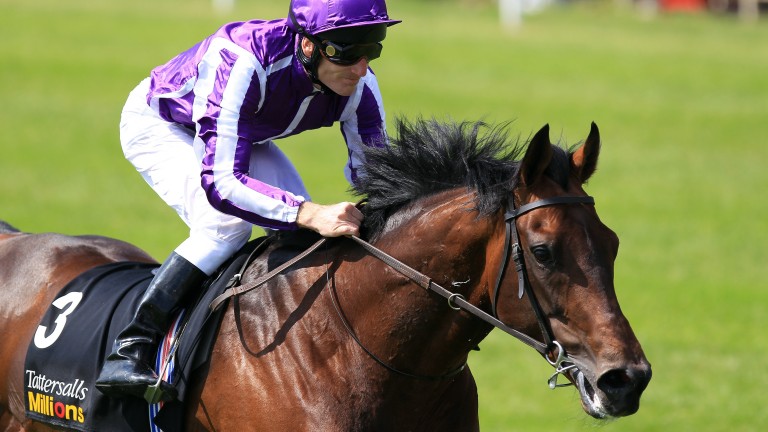 Gryada, the dam of five-time Group 1 winner Fame And Glory, has died at the age of 23.

Coln Valley Stud's Nicholas Jones explained that the decision had been taken to put down Gryada following the onset of arthritis.

Bred by Lord Howard De Walden out of the Windwurf mare Grimpola, Gryada, a dual-winning daughter of Shirley Heights trained by William Jarvis, was purchased for Coln Valley Stud by Amanda Skiffington for 180,000gns at the Tattersalls December Mare Sale in 2006.

She has produced 12 offspring, ten of which are winners - most notably her 2006 foal Fame And Glory, who won Group 1 races at two, three, four and five for Aidan O'Brien and the Coolmore partners, and latterly Fitri Hay.

Fame And Glory now stands at Grange Stud and his first crop are currently two-year-olds.

Gryada also produced the Listed-placed pair Grampian and Guaranda as well as Yummy Mummy, a winning sister to Fame And Glory who is the dam of 1,000 Guineas, Nassau Stakes and Matron Stakes heroine Legatissimo.

Her death is unlikely to mean the end of Gryada's legacy however, as Coln Valley Stud has retained three of her daughters for its broodmare band, including Great And Small, a filly by Galileo who won a Chester maiden earlier in the year for Andrew Balding.

Gryada's last foal was is a yearling filly by Camelot, which makes her a three-parts sister to Fame And Glory and Yummy Mummy.