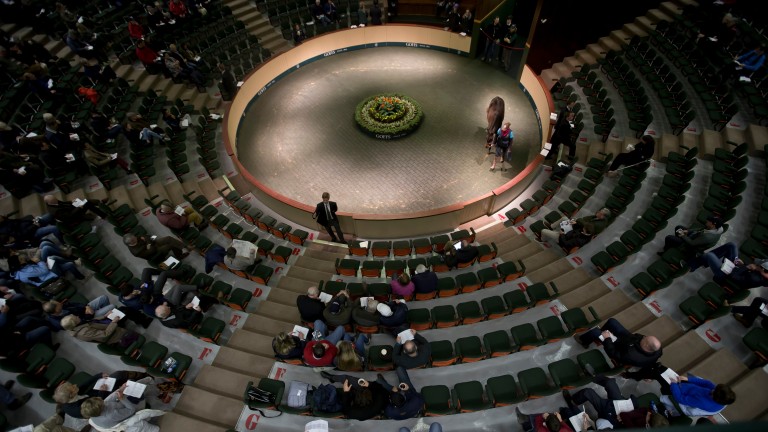 Goffs February Sale: will feature the first part of the Ballymacoll dispersal
Patrick McCann
1 of 1
By Ollie O'Donoghue 2:45PM, JAN 12 2017

Goffs have released the catalogue for their three-day February Sale, which will be held on February 7-9, starting at 10am daily.

There are 750 lots with highlights including the first stage of the Ballymacoll Stud dispersal and the final stage of the Wildenstein dispersal.

Ballymacoll have five fillies on offer including a filly by Dubawi out of the multiple Group 1-winning mare Islington (Lot 498) and an Arcano half-sister (672) to three Group winners headed by Group 1 handicap scorer Sir John Hawkwood, to be consigned by Jockey Hall Stud.

The sale begins on Tuesday, February 7 with two-year-olds and older horses. These include Persuasion (19) a half-sister to five black-type performers and a granddaughter of champion filly Pawneese, consigned by Castlebridge as part of the Wildenstein Stables Ltd dispersal, and 2011 Group 1 Dewhurst winner Parish Hall (84) consigned by Glebe House Stables.

There are over 400 weanlings on offer with Flat and National Hunt pedigrees, and they will go under the hammer at approximately 12.30pm on Tuesday, and run through to Wednesday with the breeding stock being offered on Thursday.

Among the breeding stock section is Relentless One, a three-year-old filly (514) by Frankel offered by the Castlebridge Consignment out of a half-sister to Irish Derby and multiple Group/Grade 1 winner Cape Blanco.

Henry Beeby, chief executive of the Goffs Group, said: "The Goffs February Sale is a clear market leader at this time of year and its popularity is illustrated by the expansion [of the February Sale] to three days.

"We're also delighted to be handling the first part of the complete dispersal of Ballymacoll Stud as well as the conclusion of the Wildenstein Stables dispersal."