Eye-catching cover for dam of Trip To Paris 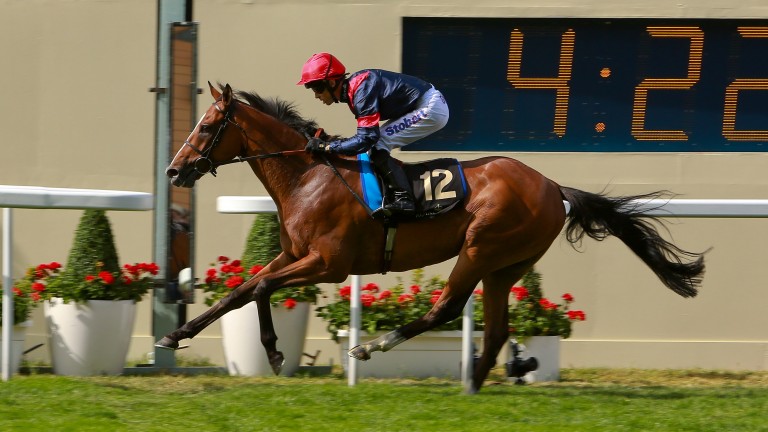 La Grande Zoa, the dam of Ascot Gold Cup hero Trip to Paris, is this year set for a liaison that will produce a foal closely related to her star staying son.

The 14-year-old daughter of Fantastic Light was well beaten on her three starts on the track but has proved an ace broodmare, with her two winners from three runners headed by Trip To Paris, who also won the Chester Cup and finished second in the Caulfield Cup and fourth in the Melbourne Cup.

Paul Monaghan, who bred Trip To Paris with his father Tom, said: "We're going to go to Dansili with her.

"He is a brother of Champs Elysees, who is the sire of Trip To Paris, so it was the best cover we could possibly give her that’s out there.

"She's in foal to Kodiac at the moment. The mare looks great, so hopefully she will have a nice foal."

The Monaghans set up The Cottage Stud in County Kildare in 1985. Their first great achievement as breeders was dual Juddmonte International and Coral-Eclipse winner Ezzoud, a half-brother to the dam of La Grande Zoa.

La Grande Zoa was bred by the Monaghans but was sold to be trained Ralph Beckett and was bought back by the family when she was a maiden mare in foal to Alhaarth.

"She was one of my favourite foals down through the years," said Paul Monaghan. "They say you should never buy back your stock, but I was keen to to get her, and her progeny have been lucky for us so far."