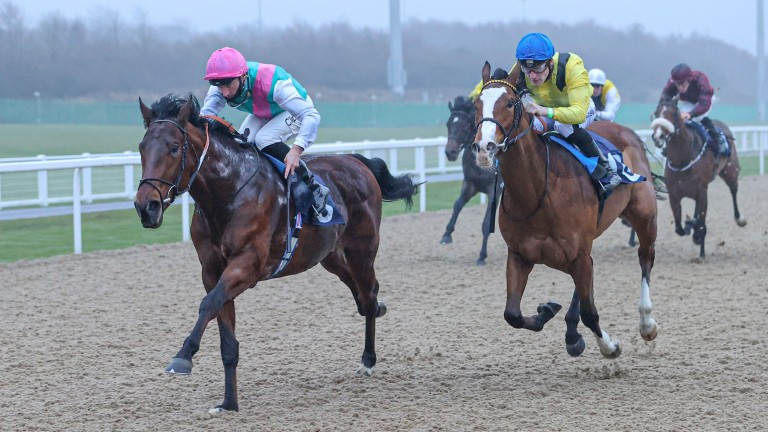 Duty Of Care (left): the Kingman half-brother to Expert Eye got off the mark at Newcastle
GROSSICK RACING
1 of 1
By Kitty Trice 3:03PM, DEC 21 2020

Expert Eye's first foals have proven popular at Goffs' rescheduled November Sale in recent days, and there were further family updates when his Kingman half-brother got off the mark at Newcastle on Monday.

Trained by Sir Michael Stoute, Duty Of Care had been a respectable third on his debut at Kempton and shed his maiden tag when running out a gritty winner of the 7f maiden under Danny Tudhope.

A Juddmonte homebred, the son of Kingman hails from a typically outstanding family, being a half-brother to Breeders' Cup Mile winner and Banstead Manor resident Expert Eye plus a full-brother to the winning Clerisy, who was covered by Dark Angel earlier this year. 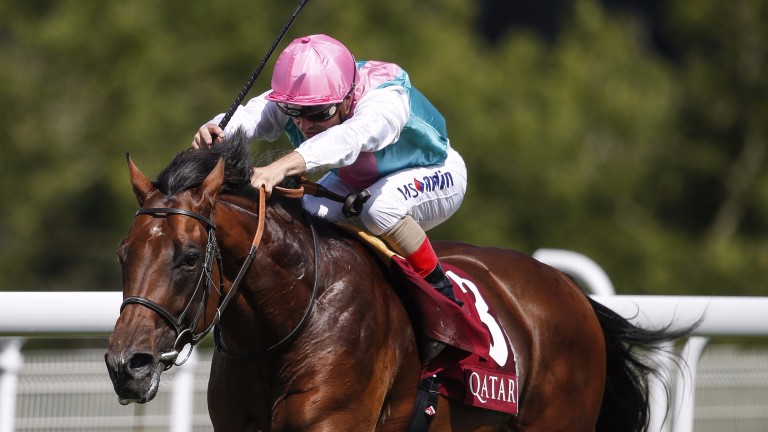 The trio's dam, Exemplify, is a winning daughter of the retired Dansili and a half-sister to 1,000 Guineas and Cheveley Park Stakes heroine Special Duty - famously promoted to first in the Newmarket and French Classics after interference - the stakes-placed Presidency and winning Frankel mare Icespire.

Exemplify herself is out of Quest To Peak and a full-sister to Sightseek, the outstanding winner of seven Grade 1s for Bobby Frankel, as well as being a half-sister to Tates Creek, a dual top-level scorer for the late, great American trainer.

The 12-year-old Exemplify has a yearling filly by Acclamation called Invigilate, while she did not get in foal to Invincible Spirit last year. She was covered by Acclamation earlier this term.

FIRST PUBLISHED 3:03PM, DEC 21 2020
Exemplify is a winning daughter of the retired Dansili and a half-sister to 1,000 Guineas and Cheveley Park Stakes heroine Special Duty