Expectations ahead of a Fleeting visit to the Normandy Coast 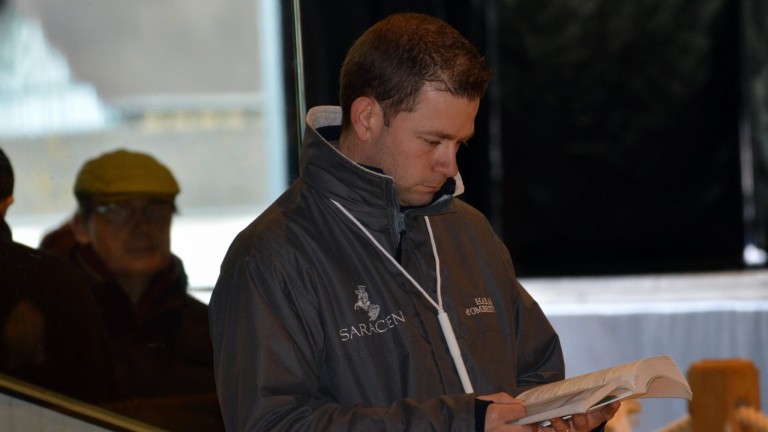 Matthieu Gouesnard has built up Haras d'Ombreville since buying a farm in Normandy in 2011
Picasa
1 of 1
By Tom Peacock UPDATED 9:03PM, AUG 18 2019

Everyone deserves a second chance and it will certainly be the case at the Arqana August Yearling Sale for a filly whose value ought to be heading only upward.

Three months after Fleeting earned her first Group success in the May Hill at Doncaster, her half-sister by Olympic Glory was offered by Matthieu Gouesnard’s Haras d’Ombreville at the December Breeding Stock Sale.

She fetched just €45,000 in a private sale to the German-based HFTB Agency, only for her sibling to add further black type to the page by running a good third in the Investec Oaks and following Star Catcher home in the recent Irish equivalent.

Luck was not exactly on Fleeting's side again in the the Grade 1 Beverly D Stakes at Arlington Park at the weekend, where she stumbled badly on the first turn before closing through to fourth behind the impressive Sistercharlie.

"It was the owner’s decision, usually he sells the foals every year and this year I’ve been really lucky because I sold the Olympic Glory half-sister in December and she was bought by a client of mine, so she came back to the farm," Gouesnard explains.

"I will sell her twice but for two different people. We never know but with what Fleeting has been doing, you can have expectations.

"She’s of good proportions, a really racy filly, she’s bay with white on the head, and a good mover. She’s not as strong as Fleeting was as a foal or a yearling but she’s still a nice filly."

Fleeting herself, by the increasingly impressive Zoffany, was bred by Fernando Bermudez out of the little-known Motivator mare Azafata, a minor winner in Madrid.

"She was a really good foal for the December sale and was really forward, she walked very well and was very busy and popular at the sale," Gouesnard recalls. "We sold her for €50,000, she was bought by Thierry Dalla Longa from HSV and he sold her as a yearling and she went to Coolmore." 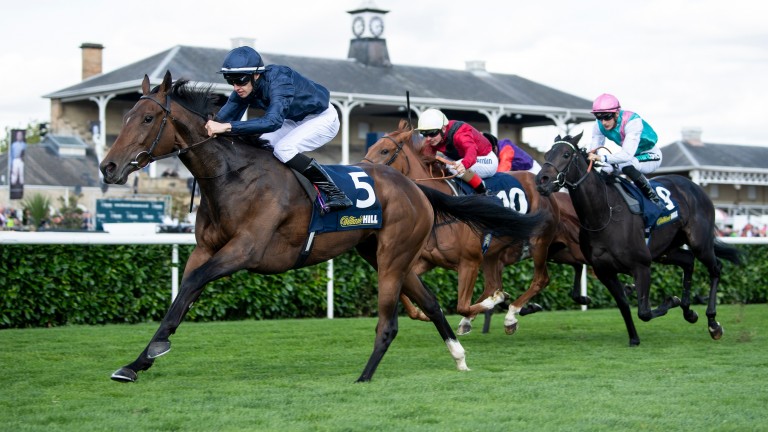 Fleeting's biggest win to date came in last year's May Hill Stakes at Doncaster
Edward Whitaker
Bermudez, a Spaniard, ought to be proud that a daughter of his natively-bred mare now resides in arguably the world’s most renowned stable. It is even more impressive when Gouesnard reports that he is fairly small-scale.

"The mare is not with me but every year for the owner, the foal comes to me, usually in September or October time ahead of the foal sale," he says. "He breeds horses in another farm in Normandy but I am prepping and selling them.

"I believe he has only a couple of mares in France all year round. Fleeting was one of the first progeny of Azafata, he’s been really lucky. We sold the sister by War Command [for €65,000] last year, she is owned by Team Valor, and he still holds the mare, she’s in foal again to Zoffany."

The Fleeting filly (lot 54) forms part of a small draft from Ombreville, which is about 15 miles due south of Normandy near La Roque Baignard.

"I’ve got five nice horses for the select sale," he says. "There is a beautiful Sea The Stars colt (62), the first of the mare called Bourree, she’s a Siyouni who was a Group winner at two. We’ll sell him on the Saturday and he’s my favourite for the sale.

"We have a strong colt by Golden Horn (261) selling on the Monday, we've an Acclamation (235), another racey filly with a bit of size and a filly by Hard Spun (80), who would be one of the only one or two selling in France in August. I’m happy with them, and then we have three nice horses for the V2. They’re strong, forward horses for breeze-ups."

These names are evidence of the rapid ascent made by the youthful Gouesnard, a former employee at Ballylinch and Haras de Meautry whose father also ran a stud. His base has a couple of its own mares but is prioritising outside business in its formative years.

"We bought the farm in 2011 and we opened for clients only at the end of 2012," he said. "We started really small here. The first year I think we had only 12 mares. It doubled and more, we board some, and we’ve got 45 mares now. They are really a much better quality than at the beginning, and now we have around 35 yearlings to sell, mostly this year.

"We’ll do all the Arqana sales, we have a nice draft for Osarus, and I have nine yearlings for Baden-Baden.

"After six years we’re really happy with the way we are, the farm is now big enough and we’ve had clients who’ve been here a long time, they trust us and we trust them."

The making of French King

FIRST PUBLISHED 6:32PM, AUG 14 2019
She's not as strong as Fleeting was as a foal or a yearling but she's still a nice filly